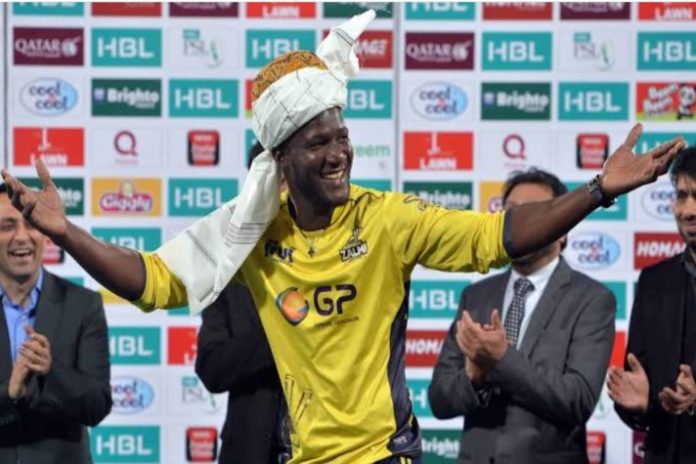 Cricket is breaking the barriers of nationalities. Saint Lucia cricketer Darren Sammy will be an honorary citizen of Pakistan. For helping bring international cricket back to the terror-torn nation.

The Pakistan Government would confer honorary citizenship on former West Indian captain Darren Sammy for his role in bringing international cricket back to the country, the PCB announced on Saturday.

Sammy, who is presently leading Peshawar Zalmi in the fifth Pakistan Super League season, will be given the honorary citizenship and Pakistan’s highest civilian award, Nishan-e-Haider, on March 23 by President Arif Alvi.

President of Pakistan Dr @ArifAlvi will confer the highest civilian award and honourary citizenship to Darren Sammy on 23 March for his invaluable contribution to cricket in Pakistan. pic.twitter.com/mn9AiLknB0

Sammy, who has appeared in the PSL since its inception, played an important role in helping the PCB bring back international cricket to the country when in 2017 he agreed to come to Lahore and play in the PSL final after majority of the foreign players declined to play in the country due to security concerns.

He eventually captained Peshawar to the title in the second final in Lahore.

Javed Afridi, the owner of Peshawar Zalmi, said that they had requested the Pakistan President to grant honorary citizenship to Sammy because of his services to Pakistan cricket.

Sammy would be the third international cricketer to get honorary citizenship of a country as before him Australian Matthew Hayden and South Africa’s Herschelle Gibbs were given honorary citizenships by the St Kitts government after the 2007 World Cup.