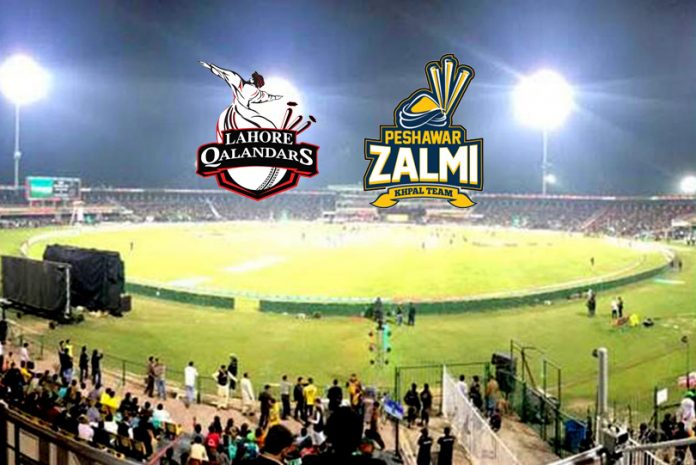 Lahore Qalandars are faced with a daunting task when they host Peshawar Zalmi in the second Pakistan Super League 2020 encounter between the two teams. A win will bring them back into contention for the knockout stage berth. Another defeat will push them towards elimination at the round-robin league stage.

In the last meeting between the two teams on February 29, Peshawar Zalmi had outplayed Lahore Qalandars in the low-scoring match a Gregory wreaked havoc with the ball when the Lahore team chased a paltry 133-run target. But for Chris Lynn (30) and Samit Patel (34) no Lahore batsmen could sustain the lethal deliveries of Gregory, who had returned the match figures of four for 25, and were halted at 116 for six in chase of a 133-run target. In the Peshawar innings earlier, Dilbar Hussin had scalped four batsmen, but Lahore Qalandars batting had failed to capitalise on that.

The Lahore Qalandars will be eyeing to put their act together at the Gaddafi Stadium on Tuesday, not just to avenge the defeat. But for the bigger incentive of rising to the third position on the points table. Lahore Qalandars in their seven matches till date have lost four and won only three. Peshawar Zalmi, placed second on the table, have won four, lost three of their eight outing, while points were split in the other one.

A win for Lahore Qalandars besides restoring parity in the head to head results between the two teams, will also put Lahore well in control for the season as the second and third placed teams have played more matches than them. Thus, Lahore Qalandars are well positioned to regain the lost ground.

Lahore will be looking forward to BR Drunk, who had struck 250 runs from five matches with a phenomenal strike rate of 201.61, to maintain the momentum, while Shaheen Shah Afridi and Dilbar Hussain can chip in with the ball.

Peshawar Zalmi batting will be anchored by veteran Kamran Riaz. They have Wahab Riaz and Samit Patel as potent weapons in their bowling armoury.

Match scheduled to start at 7:30 pm will be broadcast LIVE and Exclusive on DSport. Fan can also watch the streaming on SportsTiger app.