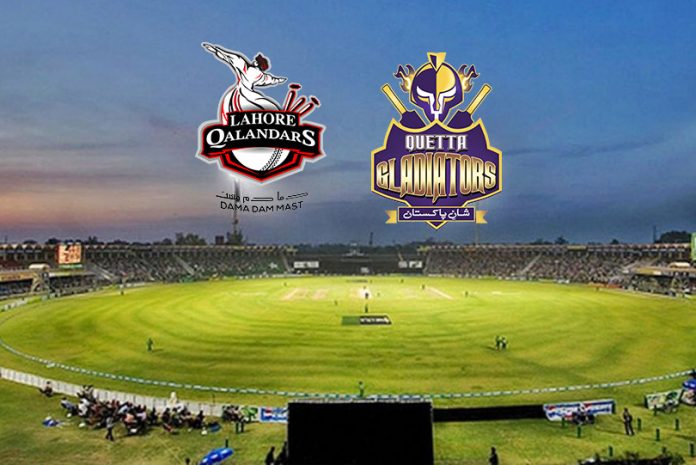 Lahore Qalandars will seek their maiden win in the Pakistan Super League 2020 as they host the mighty Quetta Gladiators at the Gaddafi Stadium today (Tuesday).

Defending champions Quetta Gladiators will be eyeing to match this season’s table toppers Multan Sultans on points. To emerge at the top, they will have to bridge a yawning gap on net run rate after three wins and two defeats from five games.

The Gladiators won their games against Islamabad United by three and five wickets and against Karachi Kings by five wickets. The team was thrashed by six wickets by Peshawar Zalmi and lost to Multan Sultans by 30 runs.

Qalandars, on the other hand, have lost all their three games, having lost by five wickets to Multan, by one wicket to Islamabad and to Peshawar by 16 runs.

Captained by Sohail Akhtar, Qalandars boasts a mix of experienced and new players with the like of Mohammad Hafeez, Shaheen Shah Afridi, Haris Rauf and Usman Shinwari, Fakhar Zaman to name a few. The international talent is made up of spinners Samit Patel, Chris Lynn, Ben Dunk, David Wiese and Seekkuge Prasanna among others.

With a bowling department that comprises Ben Cutting, Fawad Ahmed, Sohail Khan, Mohammad Hasnain and Tymal Mills one can expect an exciting match at between the teams tonight.

The match scheduled to start at 7:30 pm India time will be broadcast LIVE on DSPORT. Fans can also catch the LIVE streaming on the SportsTiger app.