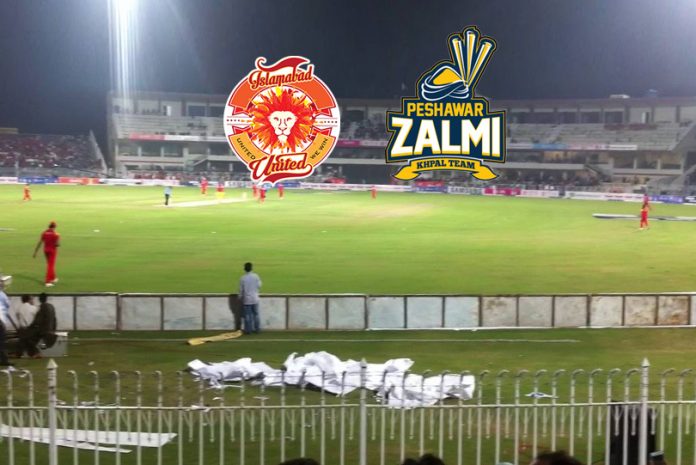 Peshawar Zalmi and Islamabad United will be keen to consolidate their position in the top four as the two teams meet for their Pakistan Super League 2020 match at the Rawalpindi Cricket Stadium today (Saturday).

Islamabad and Peshawar are placed third and fourth respectively in the PSL 2020 points table. Both the teams have four points from two wins after respective four outings this season. The winner today stand a chance to jump to the second position. The equation is easier for Islamabad United, who enjoy a better net run rate.

Peshawar Zalmi have lost and won their alternate matches so far in the tournament. Barring the third game against Multan Sultans where they scored just 123, it’s been the batsmen who have set the game up for the Zalmis. They fell 10 runs short in their chase of 202 against Karachi Kings in their opening game before hunting down 149 with nine balls to spare in their next game against defending champions Quetta Gladiators. In the curtailed game against Lahore Qalandars, the Zalmis made 132 in 12 overs and defended it well with pacer Lewis Gregory picking four wickets from the three overs he bowled.

Meanwhile, Islamabad United suffered a three-wicket loss against Quetta Gladiators in their season opener but they did come back storming as they won consecutive games, chasing 165 and 183 against Multan Sultans and Lahore Qalandars respectively. However, there were bowling lapses in their return fixture against Quetta Gladiators as they failed to defend 187. Faheem Ashraf (46 runs in 4 overs), Amad Butt (31 runs from 2.4 overs) and Shadab Khan (33 runs from 3 overs) gave the match away to the Gladiators.

The match scheduled to start at 7:00 PM India time will be broadcast live on DSport in India. The fans can also catch the LIVE streaming on the SportsTiger app.