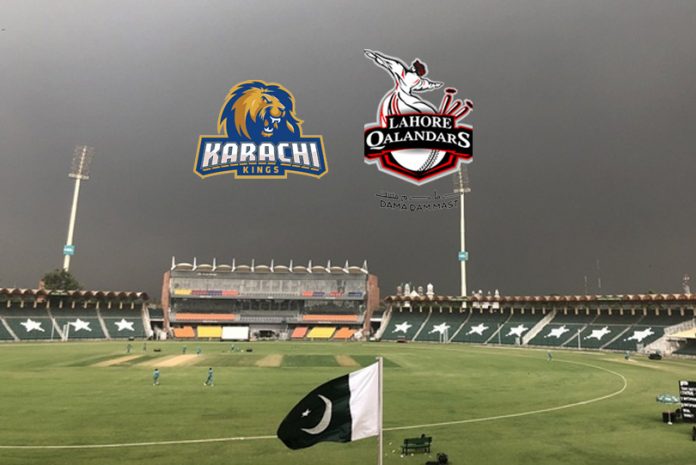 Lahore Qalandars will be eyeing a win over hosts Karachi Kings that will place them in a solid second position of the Pakistan Super League 2020 points table as the action returns to the National Stadium.

When the two teams have met last week, Lahore Qalandars have outplayed the Karachi Kings in the high-scoring game. Karachi Kings, who have not had a good PSL season this year, were clueless in their bid to restrain Lahore Qalandars after putting on an impressive 187 for five in stipulated 20 overs.

Lahore Qalandars had rode a whirlwind 40-ball 99, laced with three fours and 12 sixes, from Ben Drunk to romp home with five balls and eight wickets to spare. Sohail Akhtar, with a 46-ball 68, was the other main contributor as the Qalandars has scored 190 for two in 19.1 overs.

Drunk has been in an amazing form. The league’s second best scorer this season, he had accumulated 257 runs from six outings at an awe-inspiring strike rate of 199.22.

The home team will be relying on the batting prowess of Alex Hales. Their top scorer for the season and the last game against the Lahore outfit, Hales so far has accumulated 239 runs in six innings with a strike rate of 156.20. He will be looking for able support from the other in-form batsman Babar Azam (225 runs from seven matches).

The Karachi Kings have seven points from seven matches that they have played so far whereas the Qalandars have eight points from as many matches. The visitors have won and lost four matches apiece, while the home team’s success and failures split at three games apiece and the other one ending without a result.

Hosts Karachi have to play three more matches with the added advantage of playing at their home ground, which gives them a good opportunity to revive their fortunes and keep the hopes alive for a knockout stage berth.

However, to realise that dream the Kings will have to overcome the might of the Qalandars today.

The match scheduled to start at 7:30 pm India time will be broadcast LIVE and Exclusive on DSport. The feed will also be streamed on FanCode’s SportsTiger app.