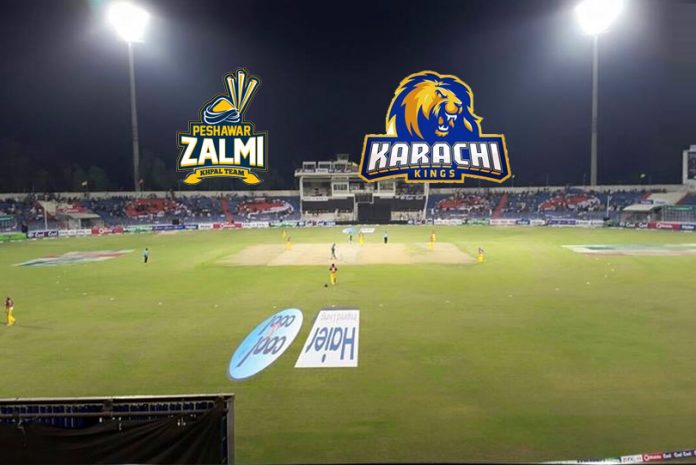 Karachi Kings will clash against Peshawar Zalmi in the Pakistan Super League 2020 today (Monday) with an eye to stay relevant as a top-four team. The match will take place at the Rawalpindi Cricket Stadium.

In the six-team table, the Kings are at the fifth place with four points. They have won two of their four outings and a victory today will put them at par with the Quetta Gladiators, who are at the second spot. Of the two matches they won, Babar Azam played some fine knocks in the first, smashing seven fours and two sixes on his way to a 56 ball 78 but unfortunately was run out in the second without adding any runs to the board. Along with Azam, Imad Wazim, Alex Hales and Cameron Delport will be expected to prove their worth today.

A win will give them an opportunity to surge ahead of the Peshawar combine and stay relevant in the tournament to progress to the semi-final stage.

The last time Peshawar Zalmi played the Kings, the former fell short by ten runs while chasing the winning total of 202. The team will look to reverse the results of the game in their encounter today. Kamral Akmal is expected to continue displaying his batting prowess and will look for support from opener Tom Banton and middle order all-rounder Liam Livingstone. Seamer Lewis Gregory, who led the team to victory with his four-for in their last match against Lahora Qalanders in a curtailed match, is expected to surprise the opponents today. Wahab Riaz and Mohammed Amir Khan are also expected to contribute with their pace attack. Victory today for them will be important as it may shoot them up the table to replace Quetta Gladiators in the second spot.

The match scheduled to start at 7:30 PM India time will be broadcast live on DSport in India. The fans can also catch the LIVE streaming on the SportsTiger app.