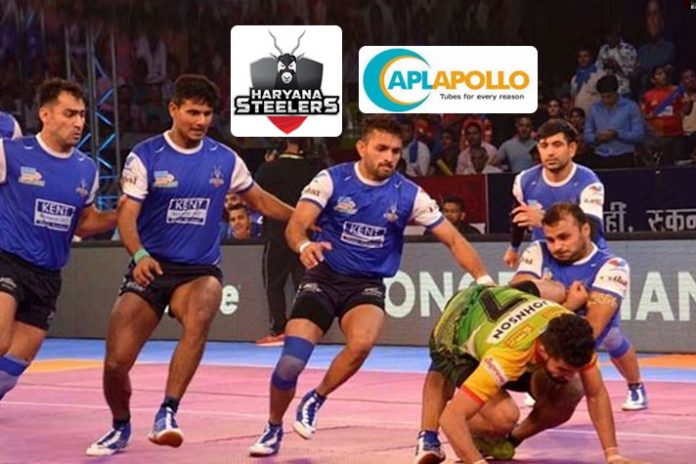 One of India’s largest Steel Pipes Manufacturer, APL Apollo will be the principal sponsors of Haryana Steelers for the seventh season of the Pro Kabbadi League.

The JSW Sports-owned franchise made the announcement at their new home ground in Panchkula. The deal will see APL Apollo begin with a one-year association with the Haryana Steelers. As part of the deal, APL Apollo feature as the principal sponsors across various platforms, including the official playing kits and the front of the official team jersey.

Sanjay Gupta, Chairman, APL Apollo, said, “Kabaddi is one of the fastest growing sports in the country, and we are proud to be associated with it through the Haryana Steelers as their Principal Sponsors. The sport has an ever-growing presence in the country including Haryana, and we want to extend our full support to the team in their endeavour of producing excellent results in the Pro Kabaddi League. Our first venture into sports sponsorship was with JSW Sports for Delhi Capitals, and now we are looking forward to an exciting season of the Pro Kabaddi League with the Haryana Steelers.”