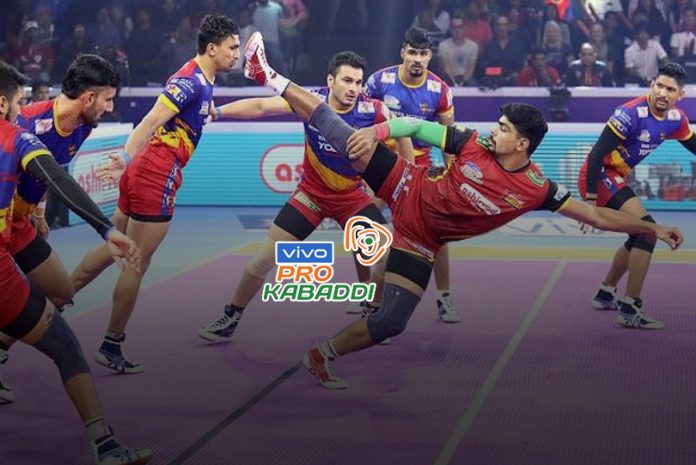 Rohit Kumar opens up about his life on and outside the mat in the season finale of
vivo Pro Kabaddi League’s ‘Beyond The Mat’
After making his debut in Season 3 of the vivo Pro Kabaddi League, Rohit Kumar soon positioned himself as the raider who wreaked havoc in the opposition den. In his very first season, Rohit led Patna Pirates to its first-ever title and pocketed the Most Valuable Player (MVP) award. His romance with Bengaluru Bulls began in 2017 after he was picked from the Pirates. He made an instant impact there too and helped the team win the title for the first time as a Captain in Season 6. Donning national colours, Rohit was part of the gold-medal winning team at the 2016 South Asian Games.
Pro Kabaddi League : Star Raider Rohit Kumar says ‘if not a Kabaddi player, I would have been actor’
The accolades on the mat notwithstanding, Rohit, known for his exceptional frog jumps, did have another career option in his mind had it not been for kabaddi. Speaking exclusively on vivo Pro Kabaddi’s Instagram Live chat show, ‘Beyond The Mat’, Rohit Kumar said, “If not a kabaddi player, then I would’ve tried to become an actor.”
Rohit also spoke about his journey of taking up kabaddi professionally, “During my childhood, I didn’t have any interest in sports. My seniors from the village used to play kabaddi. I saw Rakesh Kumar along with few others play and that inspired me to play kabaddi. My father used to play kabaddi for a brief period, but he joined Delhi Police. He wanted me to play kabaddi, so he used to take me to watch matches in our village with Rakesh and Manjeet. I thought that if I become like Rakesh Kumar, then it will be good. This is how I started, but it wasn’t a continuous process, I used to switch between sports. I played athletics and thought of participating in individual sport rather than a team sport. I was good at 100 meters, 200 meters, long jump and high jump. I decided to take up kabaddi as I understood the sport and my father asked me to invest more effort in kabaddi and build a career. Gradually, I got to play in the state national team and started enjoying it. I was really happy when I got the kit bag. When I wore the Delhi team’s training gear, the thought of wearing India’s jersey also crossed my mind and I worked hard towards that.”