Pro Kabaddi League 2022: The eighth edition of the Pro Kabaddi League has successfully come to an end with Dabang Delhi clinching their maiden title. The league saw 64 days of intense action between the 12 teams where several players stepped up and created numerous records personally as well as for their teams. For any team, all-rounders are an important asset as they can perform in both the raids and in tackles. InsideSport takes a look at the Top 5 all-rounders who have scored the most points this season. Follow InsideSport.IN for more updates. 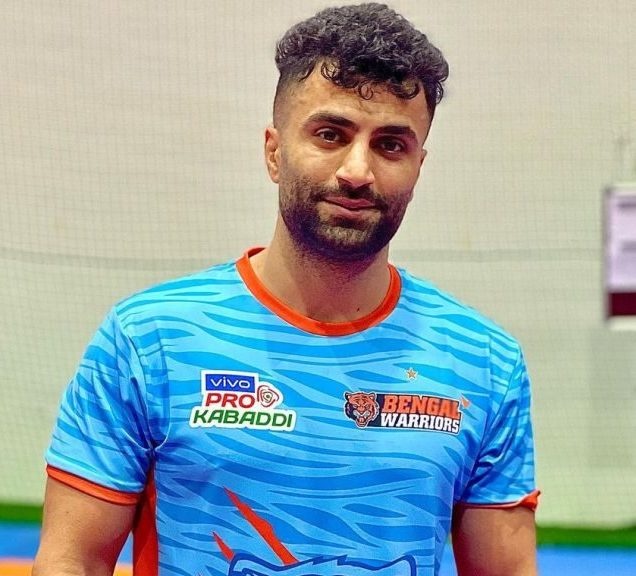 Mohammad Nabhibhaksh had a good season for Bengal Warriors as he contributed immensely in both the defence and offence. Apart from captain Maninder Singh, the team didn’t had a good secondary raider to complement the skipper. Nabhibhaksh had to take that responsibility and he did a good job. He has picked up 79 raid points, that includes one super 10 and also 29 tackle points.

Playing for a team like Telugu Titans that missed the services of Siddharth Desai and Rohit Kumar due to injuries, Adarsh, primarily a defender had the opportunity to showcase his raiding skills and he did a terrific job for his team. With the team having collected just a solitary victory in their league, Adarsh T has utilised the opportunity to showcase his all-round skills. He has picked up 63 raid points in the season, including one Super 10. He has also racked up 16 tackle points.

Ashish has been great all tournament and yesterday was no different! 🔥

With Vikash Kandola and Jaideep contributing in raids and defence, Ashish, as an all-rounder did a good job for Haryana Steelers. Playing his second season in the Pro Kabaddi League, the youngster picked up 63 raid points and 16 tackle points and played a good job whenever the team needed him to score at crucial moments.

The real player is the one who wasn’t trying to be the best player on the team He was always trying his best for his team…😎#Congratulation 👏
@mohit_goyat_08 pic.twitter.com/DBMJyvKeva

Mohit Goyat was one of the men responsible for the tremendous resurrection of the Puneri Paltan this season. In just his debut season at the Pro Kabaddi League, Mohit Goyat has already become one of the main players for the Puneri Paltan. Puneri Paltan is a team that has big names like Nitin Tomar and the Showman Rahul Chaudhari in its ranks. But both the players have not performed to their potential which has made coach Anup Kumar bring in youngsters like Mohit Goyat and Aslam. The move paid off very well as Paltan started clinching victories. Mohit has scored 159 raid points in 21 matches. He has also scored 28 tackle points.He won the young player of the season award this year.

Sandeep Narwal, one of the experienced campaigner in the Dabang Delhi unit also played a key role in Delhi’s title-winning campaign. Dellhi suffered a big setback mid-way through the tournament with star raider Naveen Kumar missing out on few games due to injury. While Vijay was doing the key raiding duty at that time, Sandeep Narwal provided him a good support. He has scored 26 raid points and also 38 tackle points this season.