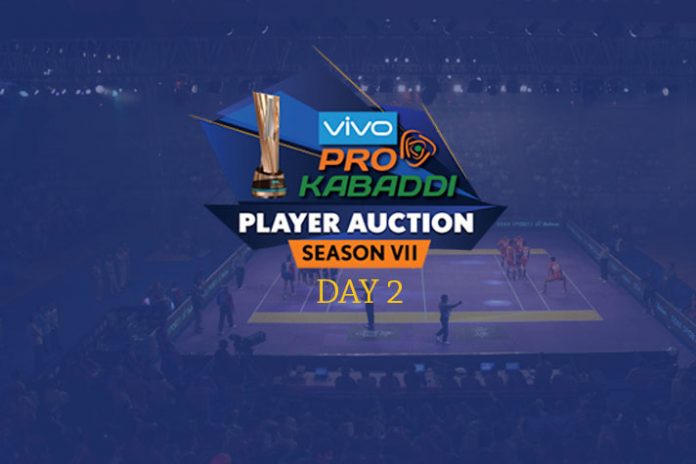 Follow this page for the Live Updates of the Day 2 of PKL player auction for the season 7 campaign.

Vivo Pro Kabaddi League season 7 player auctions finally concluded with Gulveer Singh being the last player to be sold. The two days saw some intense moments among the franchisees fiercely bidding to successfully build up their 18-man squad for the upcoming season.

Over 200 players went under the hammer to make a name for themselves in the kabaddi’s professional arena. Some went unlucky and some ended up with record-shattering deals.

The Day 2 action for the Vivo Pro Kabaddi League live auction gets underway in Mumbai on Tuesday.

Click here in case you have missed the live action from the high-octane Day 1 of PKL season 7 player auctions.

Follow this page for player-by-player update from the day 2 of the action-packed PKL auctions for season 7.