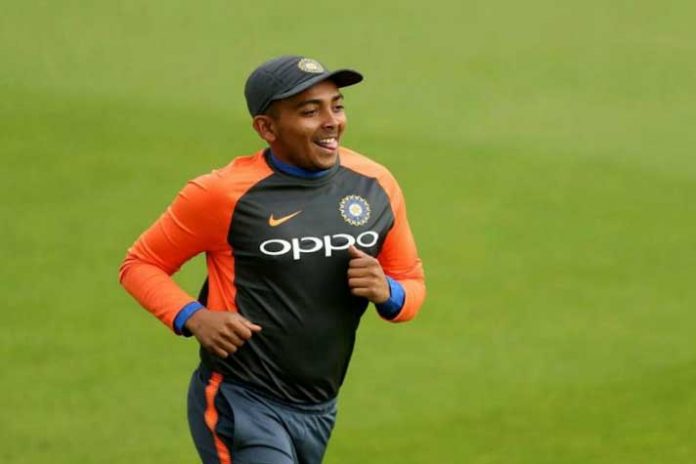 Young batting sensation Prithvi Shaw has got an important endorsement deal. The teen sensation, befitting his age and stature, will promote an education group. Youva is a stationery brand from Navneet that has been designed keeping the youth of India in mind. Youva has always believed in keeping with the times & always being relevant to the needs of its consumers.

Prithvi Shaw will feature in a line of exclusive, limited edition stationery, inspired by and with inputs from this rising star. He will also be the face of the Youva Student Council, a platform which allows the students to associate with the brand as the “Youva Student Ambassador” and assist in creating its future line of products.

This co-creation process will prove to be an enriching experience for the students as it will help them develop crucial professional & interpersonal skills all of which Prithvi, as a youth icon, is honing to perfection. Prithvi will also be part of TVC and digital campaigns planned by Youva.

Also Read: Prithvi Shaw: The next big thing for brands

Prithvi Shaw, a 19-year-old Mumbai boy has been the captain of the India U-19 cricket team. He first caught attention in 2013 when he scored 546 off 330 balls in Harris Shield Match. There has been no looking back since. Shaw has added several feathers to his hat, including, the youngest to score a century in Duleep Trophy, scored a century in his Ranji debut and notched up eight first class centuries in seventeen matches.

He made a remarkable start to his international career, by scoring 237 runs (with an average of 118.5) & becoming the youngest Indian cricketer to score a century on Test debut. Currently, he is a part of Test team going to Australia.

Speaking on being the face of Youva, Prithvi Shaw said, “Since my childhood, I have always used Navneet products. In fact, I still use them and Youva has been my favorite and I absolutely love their range of products. I am honored to be a part of shaping the youth of today through the brand Youva and contribute in their vision of creating a brighter future for the youth.”

Elaborating on this association, Shailendra Gala, Director – Stationery Division, Navneet Education Limited said, “Navneet has always worked towards empowering the youth in achieving their goals. Our brand Youva has always supported their expression of creativity. Prithvi, who is a reflection of the youth of today, is a great fit because he is a talented young athlete who has carved his own place in the field of sports. We see a very good synergy between Prithvi & Youva. We plan to launch a range of products with Prithvi that will help take the brand ahead.”