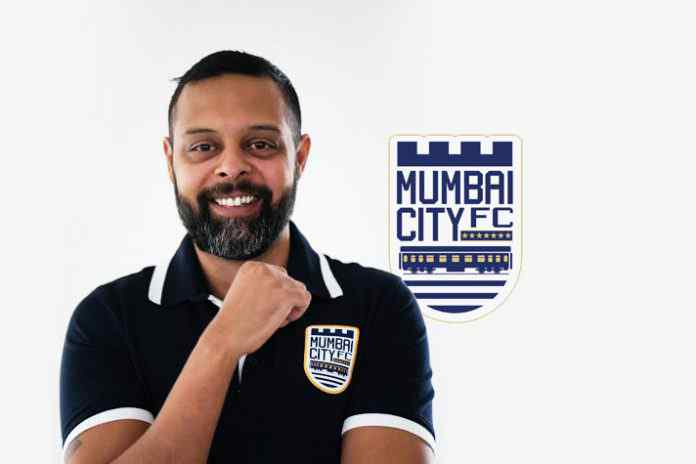 The Indian Super League is heading into the fourth edition with an unprecedented football in the nation hosting the prestigious FIFA U-17 World Cup finals. The bigger and brighter ISL season will start on a new high.

Two new franchisees, longer duration, prime-time telecast and the extended number of matches is not only a boost for the sport, there will be a windfall for the franchisees, too. “A sustained visibility over a longer period of time helps in brand activation and marketing opportunities” is the belief of Indranil Das Blah, CEO of the Ranbir Kapoor-owned Mumbai City FC and the founding partner of talent management firm Kwan Entertainment and Marketing.

In a conversation with InsideSport.co, Indranil gave insights into the Mumbai City FC business and benefits of an invigorated ISL season. Here are the excerpts:

InsideSport: With cricket and kabaddi ruling the charts and the markets in India, how do you find the market response for football?

Indranil Das Blah: We have just seen the tip of the iceberg in terms of brand spending on sports. The sports pie including cricket is very small. Even in that cricket dominates the 80 per cent. This sports pie itself has to grow and there is ample opportunity for other sports to grow. If we look at the countries like US and UK, there are multiple sports that dominate the scene commercially. In India, we just need to educate the market on the benefits of associations with sports other than cricket. This is happening now with brands looking for opportunities in kabaddi, football, and even badminton.

IS: The FIFA U-17 World Cup is happening in India. D Thereafter, ISL and I-League run simultaneously and create a longer, extended football season in India. Do you think this will act as a catalyst in the changing the football scenario in the country?

IDB: Definitely, it is first of a kind football tournament in India. It will contribute a lot towards changing the perception of football in India. More and more people will get to know about the biggest sport in the world. The kind of media attention it is getting establishes the fact that football is gaining in popularity. The U-17 World Cup comes as a huge boost for the sport. The calendar has a lot of football action this year will also for a positive change in the way football is consumed and viewed in India.

IS: How in your opinion the longer duration of the ISL will help the franchisees?

IDB: Clearly from the brand and sponsorship perspective, it is a huge development. This will help all the clubs tremendously because the sponsors look for a constant engagement in any sporting property. The Indian Premier League gets a lot of brands on-board because it has become not only one of the biggest sports properties in the country but is also an entertainment property. For others, a sustained visibility over a longer period of time helps in brand activation and marketing opportunities. It is a huge boost for teams, too. We can now get players to do shows, endorsements and other marketing activations for the brands associated with us as the 5-6 month format provides us ample time. The prime-time telecast of the matches is an additional benefit. Overall this would mean higher revenues through brand association.

IS: Ranbir Kapoor being a co-owner attaches a celebrity quotient to Mumbai City FC. How does it help in creating a brand value?

IDB: There are two aspects to it. One is the true football fans, who just concentrate on football and do not look on the Bollywood stars or celeb who associate with the teams. Beyond that, a sport like football in India needs to have some kind of traction for the masses. If over 100 people come to watch the match for Ranbir Kapoor then there is an opportunity for us to convert those fans into a true football fan. Some would say that we should avert sports from such celeb quotient but I feel that it is great purely from the marketing point-of-view. There will be no more than 10 per cent of brands that would spend on sponsorships in football but by adding a cricket or a cinema star mix, the numbers can reach up to 20-25 per cent. This might not be a conventional route but the Indian market is not conventional either.

InsideSport: You recently launched a special edition Tag Heuer watch with MCFC insignia and joined the league of top clubs. What was the thought and plan behind such branding?

IDB: It was a one-off event where Tag Heuer created a watch with our clubs’ insignia. Ranbir is already a Tag Heuer brand ambassador. We collaborated with the brand for special edition watches. It is a tremendous value for ISL club to be associated with such an iconic brand. It is a tag that would be on the wish-list of any club, not only from ISL but globally. As far as our club is concerned, we wish to associate with as many brands as possible. We believe that brands add a lot of value to the club, not only in monetary terms but they help to create a brand value. With brands like ‘Tag Heuer’ there comes a lot of media attention. For a young club as ours, this helps in creating brand awareness, which is the foremost step for any brand.

IS: Sunil Chettri is the biggest brand icon for football in India now. After two great seasons with Mumbai City FC, he will be back to his Bengaluru home club. How much will it affect the team?

IDB: It is very difficult to get a replacement for one of the best players in the country. However, as our coach says, this team is not about a superstar. Rather it is the joint team effort. This time our fans are more excited about Lucian Goian, whom we have retained and our philosophy is to create more stars in the game.

IS: ISL franchisees have been reportedly incurring huge losses from the first edition of the game. As a franchisee how do you cope up with such losses and how do you sustain what are your business plans?

IDB: At the start of any business, one doesn’t make money immediately. When Ranbir bought this club he was very clear that owning a sports club is a long-term play. Considering that the sport is football in India and not cricket, it is still at a very nascent stage. While the losses were pretty high, we have succeeded in bringing these down by 20 per cent. Our constant effort saw the club revenue going up every year. We have been working to improve and it is still a long way to go.

IS: What can be an approximate incubation period for your franchise to break even?

IDB: It is very difficult to say when we will break-even as it depends on multiple factors and how overall football grows in the country? How ISL grows? How brands spend on the sport? If all goes well, and a club manages to break even by the sixth or seventh season that would be an achievement.