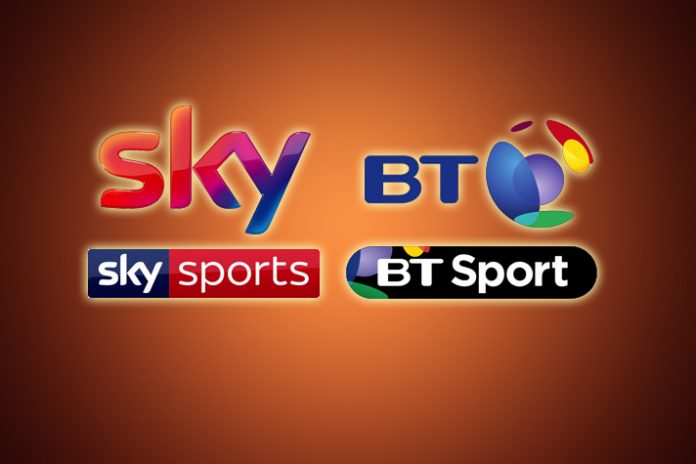 The UK broadcast market leaders who till date were tough competition to outbid each other for the market share and sports media rights have come together to hold hands to negate the emerging threat from digital space giants Amazon, Facebook, Netflix, and Google.

Sky and BT have signed a deal to sell their channels on each other’s platforms. The unimaginable deal has been weaved in to recoup investments in sports content, with web players including Amazon threatening to challenge them for the key rights.

Under the deal, BT will now supply its sports channels, which show UEFA Champions League and Premier League football, to Sky.

In addition, BT will be able to sell Sky’s Now TV service, which includes Sky Sports, Sky Cinema, and the Sky Atlantic channel, to its customers.

The deal comes as the firms face growing competition from online rivals.

Marc Allera, the chief executive of BT Consumer, told the BBC that the deal was partly so the firms could join forces against the potential online threat. “A lot of technology companies are coming into the market with vast budgets and changing the market. We need to ensure our customers get the best choice,” he said.

In a complex market, potential rivals can also be partners, he added. The Sky deal was a “clear indication” of the importance BT attached to the way digital and TV markets were converging. The firm would bid fiercely for exclusive content.

Bidding is due to begin in the next Premier League football rights auction in February, and digital giants such as Amazon and Facebook could throw their hats in the ring for streaming rights. The threat seems to be real as Amazon has already grabbed ATP and few other rights for the territory.

BT has spent more than £3.5bn on Champions League and Premier League football rights since 2012 in an attempt to compete with Sky.

On Thursday, Disney announced a deal to buy a large chunk of 21st Century Fox, including its 39% stake in Sky.

Media mogul Rupert Murdoch has admitted in an interview that he was selling Fox’s entertainment assets in part due to the rise of digital media giants.

The game for the broadcast is changing fast. The players’ formations are bound to change.