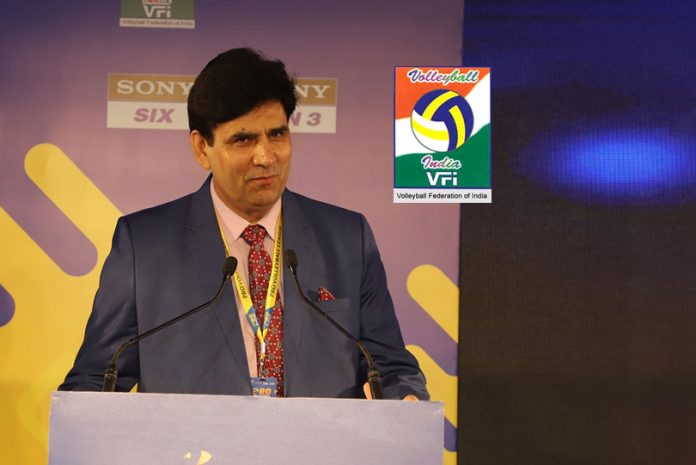 The Volleyball Federation of India elections have been scheduled for March 15 in Chennai and the body’s secretary-general Ramavtar Singh Jakhar might not succeed in his plans to extend stay in the office.

Jakhar, according to sources, was trying to amend the VFI constitution to pave the way for his election as the president. That, however, did not work out. Having completed two consecutive four-year terms as the VFI secretary-general, Jakhar will now have to go for a cooling off period as per the national sports code. The Ministry of Youth Affairs and Sports had thwarted his plans by dismissing the proposed amendments.

While the VFI constitution made it mandatory for the president, secretary or the treasurer to serve a cooling-off period after serving two consecutive terms in office, up to a maximum of eight years, the proposed amendment suggested that “no member shall hold the post of the secretary-general or treasurer for more than two consecutive terms of eight years….but can contest for the post of president after completion of two terms without a cooling off period”.

Securing a safe passage for the secretary-general to the president’s office, the proposed amendment further read: “However, it shall be mandatory requirement that only those members who have held the office and were elected member in the last three executive committee of the federation shall only be eligible to contest for the post of the president and the secretary-general.”

The Ministry had observed that the amendments were against the age and tenure guidelines for the national sports federations. The Ministry had also directed the VFI to implement the guidelines, failing which the governing body was warned of serious consequences. Insidesport.co is in possession of the resolution passed to amend the constitution and subsequent orders from the Ministry.

Acting on the Ministry’s directive, VFI president S Vasudevan had written to the executive committee members and the affiliated State units that the body’s elections will take place on March 15 as per its existing constitution and in line with the national sports code.

earliest, failing which MYAS will take strictest action against the federation,” reads the letter signed by Vasudevan.

“Undersigned (VFI president) has made it absolutely clear that the proposed amendments of constitution require a detailed legal study and these has to be carried out following the Sports Code and the guidelines issued by MYAS and Indian Olympic Association, hence the constitution prevailing since 2014 shall be applicable in the proposed election, this covers the action requires to be taken in point#1 of MYAS letter (sic).

“The Elections are to be held on 15th March 2020 at Hotel Ramada Chennai at 10 AM,this action covers the action requires to be taken in point,” states the letter issued by the president.

Vasudevan has also directed secretary-general Jakhar to cancel the proposed VFI Executive Committee (EC) meeting, which was scheduled for February 21, as the present office-bearers are left with no mandate to take a call on policy matters since the elections have already been announced.

Jakhar of late had been in news for wrong reasons. He had been instrumental in launching the Pro Volleyball League with Baselines Ventures. However, after a successful season, he had terminated the contract with the commercial partners as the stakeholders were preparing for the second edition. He had announced to reintroduce the franchisee-based professional competition directly under the aegis of the VFI. Almost a year had elapsed but the alternate league was still not in sight, while the VFI had to suffer several setbacks in the legal battle over termination of the Baseline Ventures’ contract.