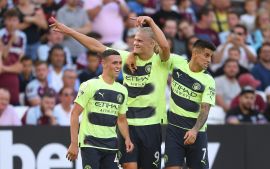 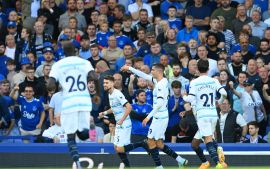 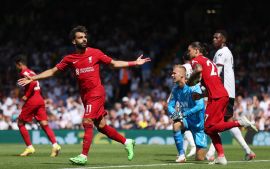 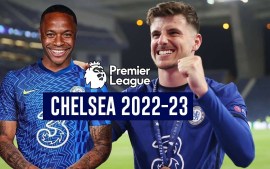 By  Shallon Lewis May 11

Also read: Erling Haaland to Man City is a DONE DEAL, Norwegian GOAL MACHINE to sign until 2027, Medical completed with official announcement set for this week

Haaland has been linked with a move to the Etihad Stadium from Borussia Dortmund at the end of the season, with City said to be ready to trigger the striker’s release clause, believed to be around €75million (£64.2m).

Pep Guardiola on Erling Haaland deal done: “Everybody knows the situation [on Haaland]. Borussia Dortmund and Manchester City have told me that I am not allowed to say something until it is done”. 🚨🔵 #MCFC

“I am sorry but I am not allowed to talk”, Pep says via @TomYoungSJ. pic.twitter.com/g8zmuVcvQW

Speaking at a media conference ahead of his team’s trip to Wolves in the Premier League, Guardiola explained he could not talk about any transfer, but did say it was because the two clubs involved told him not to.

“Borussia Dortmund and Manchester City have told me I’m not allowed to say anything until the deal is done,” Guardiola told reporters on Tuesday.

“I cannot talk, I’m sorry. There’s plenty of time to talk. I would love to talk, honestly. They tell me not to talk, from a legal perspective, not because I don’t want to.”

Norwegian striker Haaland, 21, is one of the hottest prospects when the transfer window opens having scored 85 goals in 88 games for Dortmund since his debut in January 2020.

Guardiola said new players can always help his team to improve, whether it comes in the form of transfers or through the youth set-up, and insisted he approves of the steps the club are taking.

“We have I guess new players in the squad, some from the academy come up next season,” he said. “New players always helps [us] to be a stronger team. But not one defender or striker will solve our defensive or scoring problems.

“The club always has to have a vision for the future. The decisions the club makes I am aware and supportive 100 per cent.” 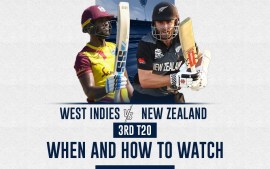 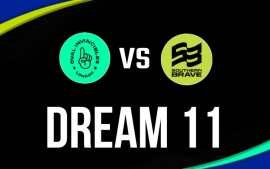