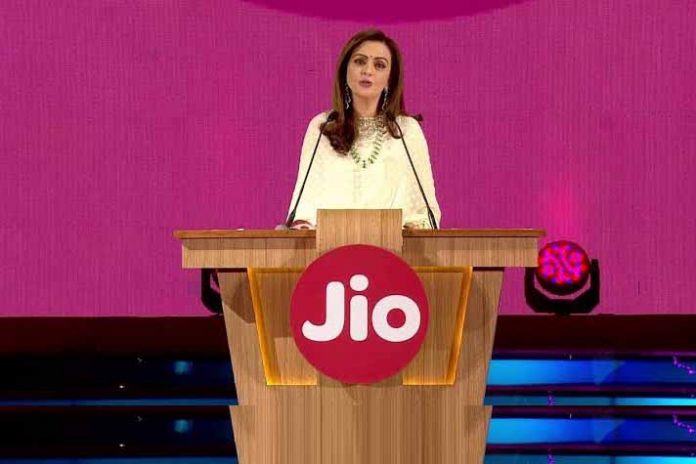 Reliance Industries, the owners of Reliance Jio mobile network, are reportedly keen to stream the Premier League football games LIVE on JioTV. India’s leading business and industry hour is considering to make a bid for the Premier League streaming rights.

Bids will also be made for other elite sports content, Nita Ambani, a Reliance board member, has revealed.

“I would be very interested to get the digital rights of some of these games to be shown on digital in India,” Ms Ambani has reportedly told Financial Times.

Jio, within three years of its launch in 2016, is reported to have over 300 million subscribers.

Mumbai-based Reliance has done deals enabling it to show cricket through its JioTV app. Mrs Ambani, who owns the Mumbai Indians cricket team, told the FT that Reliance would consider other events such as English top-tier football.

“We will definitely look at it because I think it’s a huge business,” she said.

Star Sports is believed to have paid in the region of $100 million for exclusive rights to screen Premier League matches in India in its latest deal, running until 2022.

Nita Ambani heads up Reliance’s sports businesses, with the conglomerate owning Indian Premier League cricket franchise the Mumbai Indians and one of the co-founders of club football competition the Indian Super League.

Nita has also reportedly said Reliance currently spends around $85m (€76.1m) per year on its various sporting ventures, adding that she is currently in talks with the BCCI over launching a women’s version of the IPL.

She is also a member of the International Olympic Committee, with the Indian Olympic Association last year submitting a formal expression of interest to bid for the 2032 summer Olympic and Paralympic Games.

On the possibility of India hosting the Games, the 55-year-old added: “I retire from (the IOC) at the age of 70, so hopefully before that. As long as India hosts it, I’m happy. I think it will be a dream for all the children in India to see the Olympics in India and Indians winning medals.”