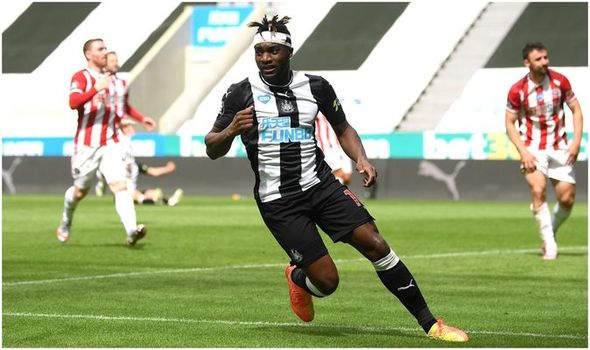 The visitors did not create many opportunities at St James’ Park and were reduced to 10 men early in the second half when defender John Egan collected his second yellow card.

Egan, who was cautioned for clashing with Joelinton over an offside decision in the first half, brought down the Brazilian striker to receive his marching orders from referee David Coote.

Newcastle seized control of the contest in the 55th minute when Ritchie’s cross from the left wing found Saint-Maximin, whose low shot found the net.

Ritchie doubled Newcastle’s lead in the 69th minute with a swerving shot from the edge of the box, before Joelinton recorded only his second league goal of the campaign.