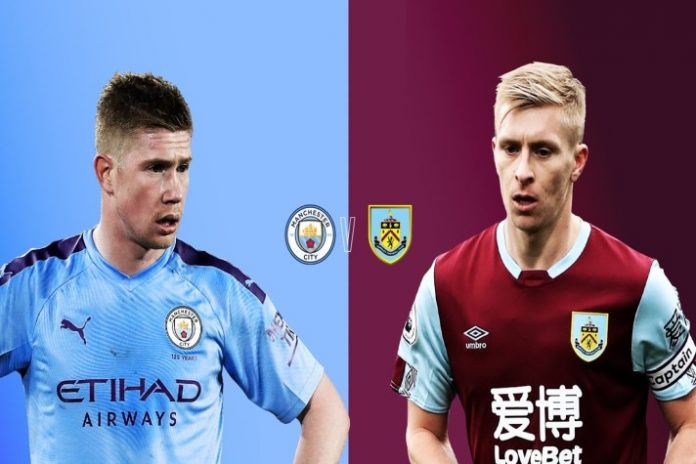 Today in Premier League it will be battle between Manchester City vs Burnley LIVE, Manchester City are aiming to build on Wednesday’s 3-0 win over Arsenal and strengthen their hold on second place.

Burnley will seek to rediscover the form they were showing before the league was postponed, having been on a seven-match unbeaten run.

After an unexpected halt, the world’s favorite football league, Premier League bounces back in the game. Liverpool waiting to wrap up their first league title in 30 years, an interesting battle between Manchester City vs Burnley for the all-important fourth position with just 3 points separating the two giants and an intense fight at the bottom of the table to avoid relegation will be some of the highlights to look forward to when the Premier League makes its way back into the hearts of football fans on June 17th after nearly a three-month hiatus due to the COVID-19 pandemic.