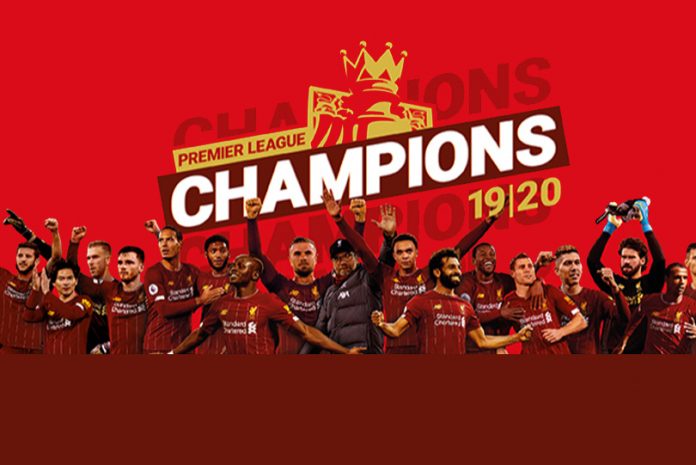 The Reds have secured their 19th title and fans can join in the celebrations via team’s official television channel and video on-demand service.

What’s more, for a month Liverpool fans can enjoy LFCTV GO services for free. Liverpool has asked the fans to use promo code 1920GOFREE when signing up here.

Manchester City failed to beat Chelsea on Thursday night – which came 24 hours after Crystal Palace were thrashed 4-0 at Anfield – which means the dominant Reds are now mathematically guaranteed the trophy. Three decades in the making, the Reds have finally made it past the final hurdle after Man City lost 2-1 to Chelsea.

Premier League : Liverpool champion again after 30 year wait
The Reds last won the league in the 1989-90 season under Kenny Dalglish, with John Barnes at the peak of his powers with a superb 22 goals that year.

Since then Jurgen Klopp becomes the first manager to bring the title to Anfield, doing so just over a year after overseeing the Reds’ sixth Champions League win.

Although Liverpool’s capture of a 19th title has largely turned into a procession since a 3-1 win over nearest challengers City in November, their success hasn’t always been a sure thing.

The start of the coronavirus pandemic saw the possibility floated of the season being declared ‘null and void’ – an outcome that would have extended the wait into a 31st year.

However, the successful execution of Project Restart has seen off that possibility, allowing Klopp’s team to pick up the points they needed to seal glory.

Time and time again, talented Liverpool squads promised much only to falter at the final hurdle, but Klopp will now go down in Anfield folklore after guided Liverpool to that elusive Premier League crown – that took 30 years in the making.