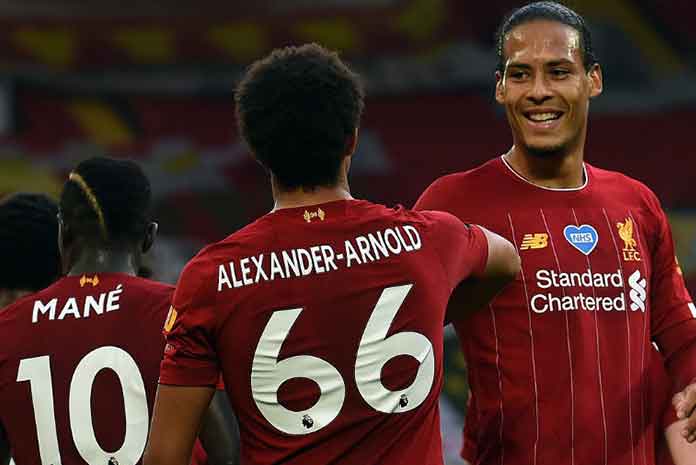 Liverpool’s first game as Premier League champions ended in a nightmare as Manchester City side ran riot at the Etihad. Raheem Sterling, Phil Foden and Kevin De Bruyne were all on the scoresheet as the hosts romped to a 4-0 win and served up a timely reminder of the level the Reds will have to reach once again if they are to defend their title next season.

Guardiola made four changes to the side that booked an FA Cup semi-final spot with victory over Newcastle on Sunday, including restoring Eric Garcia to the heart of the defence, the Spaniard having been out since suffering a head injury in the opening game of the restart. Result, City gave Liverpool a belated reminder of their power as they thrashed their newly-crowned successors as Premier League champions.

The inspirational Kevin De Bruyne began the rout from the penalty spot with Raheem Sterling and Phil Foden also on target before an Alex Oxlade-Chamberlain own goal.

Earlier, Tottenham’s hopes of qualifying for the Champions League appear all but over after going down 3-1 at Sheffield United. On Wednesday, a resounding 4-0 win over Norwich moved Arsenal up to seventh in the Premier League table, eight points adrift of Chelsea in fourth, leaving the Canaries staring relegation in the face.

Chelsea slipped to a surprise loss to West Ham as Andriy Yarmolenko scored in the final minute to hand the Hammers a lifeline in their battle against the drop.