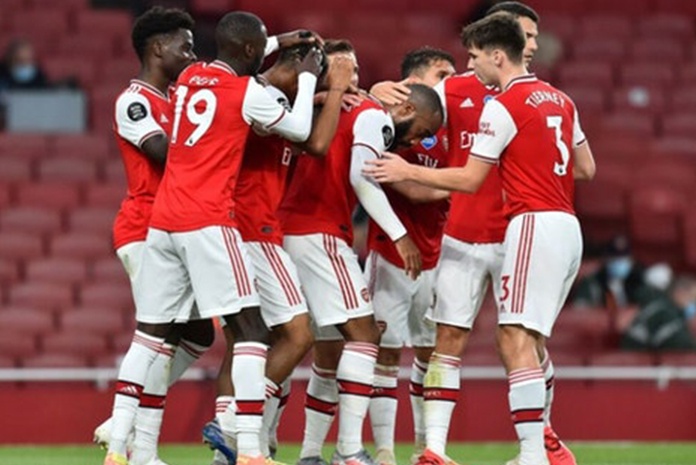 Jurgen Klopp’s side – who will receive the trophy after the game with Chelsea at Anfield next week – needed to win all of their remaining games to eclipse the tally of 100 points set by then champions Manchester City two seasons ago. But unexpected defeat for Liverpool at the hands of Arsenal has cut short the chase for the Premier League champion side.
Premier League Live : Arsenal stuns Liverpool, Tottenham beat Newcastle

Sadio Mane put the champions in front after a dominant opening 20 minutes, only for mistakes from Virgil van Dijk and Alisson to allow Alexandre Lacazette and Reiss Nelson to score. Arsenal finally won the game 2-1 to stun Liverpool and move from 10th to 9th place in the Premier League points table.

Jose Mourinho recorded his first ever Premier League win away at St James’ Park as Harry Kane’s header – his 200th career goal – saw Tottenham beat Newcastle. Manchester City were made to work by Bournemouth in a 2-1 win. Arsenal host Liverpool in the late game.

Earlier on Wednesday, Wolves’ Champions League hopes may have been extinguished as Burnley equalised in the 96th minute to earn a 1-1 draw ahead of Manchester United and Leicester playing on Thursday.

Man United are back in action on Thursday, away at Crystal Palace, after Leicester look to reverse an alarming slump against Sheffield United. Friday is all about the battle to survive as West Ham host Watford.