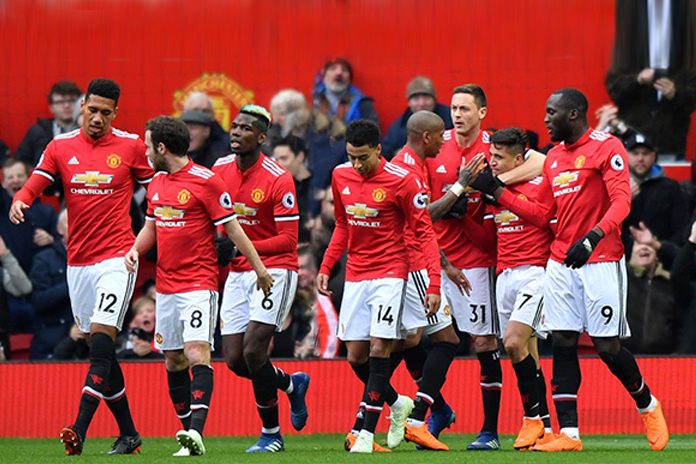 The figure includes only the main/principal sponsor of the club visible on the front of the shirt. Sleeve sponsors, which began for the first time with 2017/18 season, that add £46m ($60.52m) to the 20 clubs combined are not included in the above figure.

According to a report revealed by Sportingintelligence, Manchester United holds the top spot for its £47 million p.a. deal with Chevrolet, marking the most expensive shirt sponsorship deal ever signed in the history of English club football.

The reigning Premier League champions Manchester City sit at the second spot for third £45 million ($59.20m) deal with Etihad Airways, an increase of £10m from the last season. The city is followed by Arsenal with £40m ($52.63m) Fly Emirates deal extension signed this year that too shows a £10m ($13.16 m) increase in value from 2017/18 season.

Liverpool’s deal extension with Standard Chartered has seen the value of that deal leap to £40 million ($52.63 m), which is on par with Arsenal’s extended contract with Fly Emirates and Chelsea’s five-year partnership with Yokohama.

The top clubs continue to rake in far more than teams in the bottom half of the table, with both Huddersfield and Brighton and Hove Albion netting just UK£1.5 million a year from their deals with Ope Sports and American Express respectively. 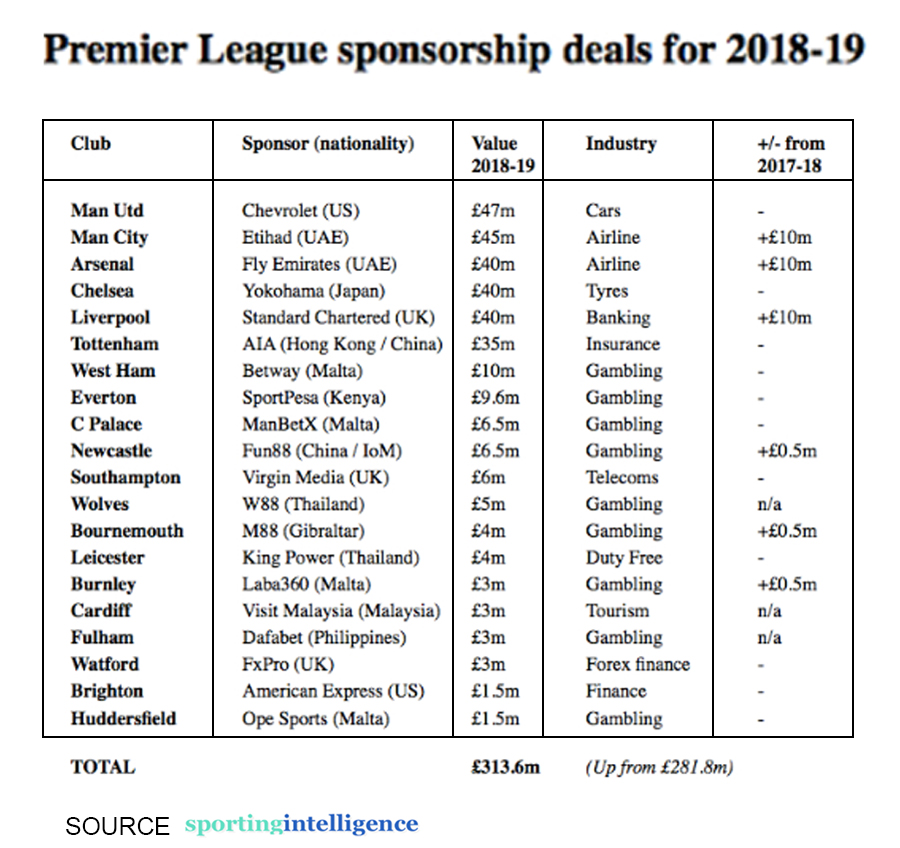 Premier League’s global appeal has once again been demonstrated with 17 clubs having sponsors with overseas headquarters based in countries as diverse as the USA, China, Japan, Thailand, the United Arab Emirates, Malta, Kenya and The Philippines. Only Liverpool, Southampton and Watford boast British-based sponsors, states the report.