Chelsea vs Brighton Premier League: It finished goalless at Stamford Bridge, Chelsea do enter the top 4. For Brighton, a point means they are now 7 points clear of relegation.

Brighton just made 3 changes to their starting 11 from their draw against Everton last week.

Roman Abramovich’s Chelsea is one of 12 clubs – including the remainder of the Premier League’s ‘Big Six’ that stated on Sunday that they were preparing to construct a fresh league as soon as possible.

The astonishing news drew an intense objection from fans, footballers, and bureaucrats. With UEFA, the Premier League, and even Prime Minister Boris Johnson settled to put a stop to the plans.

While there are still no fans allowed inside Stamford Bridge for football matches, hundreds set up to protest outside the ground as coach Thomas Tuchel prepared his sides to host Brighton.

This resulted in a delay as the match started about 15 minutes late. 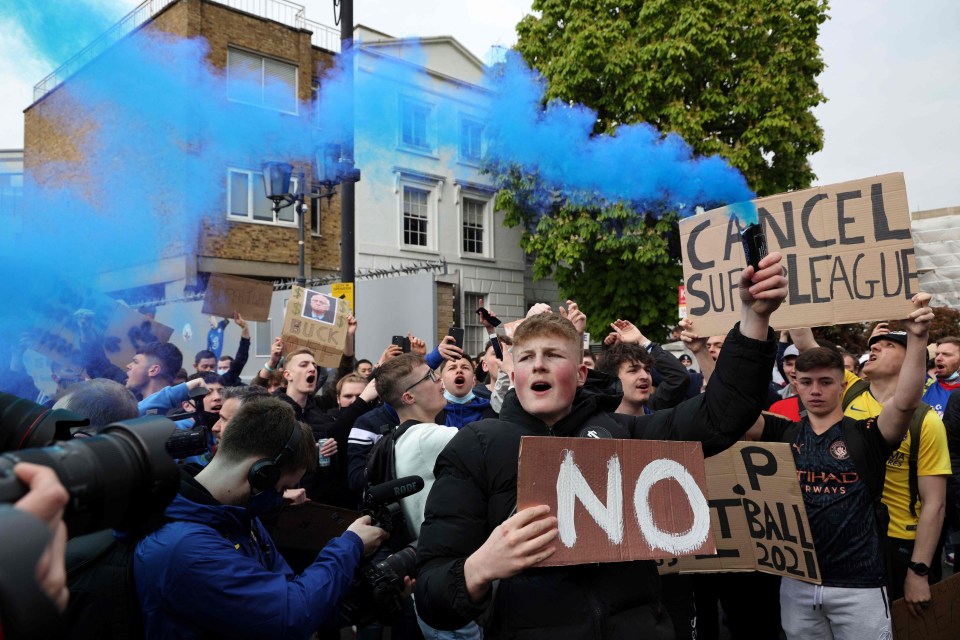 Both the clubs headed in at half-time in a game that was more memorable for the moments off the pitch than on it, so far.

Chelsea had slightly better chances to take the lead as they forced Sanchez to save from Havertz and Zouma, but Brighton kept Chelsea at bay.

Danny Welbeck also had a good chance but Jorginho was in the right place as he blocked the shot and the ball went over the bar.

Danny Welbeck came closest to scoring in the 2nd half as he struck the post from outside the box in the 79th minute. Chelsea would have considered themselves lucky.

Chelsea vs Brighton: Brighton gets a red

Ben White received his 2nd yellow in the additional time for stopping a counter by fouling Hudson-Odoi. Brighton played the last few minutes with 10-men.

They claimed their 1st ever point at Stamford Bridge after catching Chelsea on an off day. Graham Potter’s men were defensively resolute and had the best chances to win as Lallana fired wide and Welbeck hit the post. Chelsea enters the top-4 but is level with West Ham who is in the 5th position.