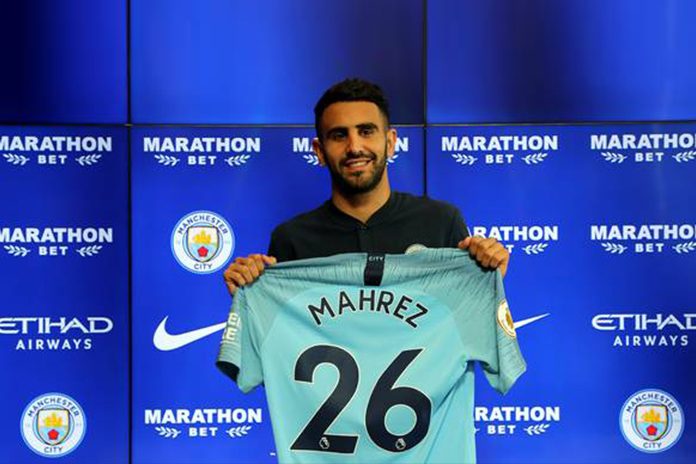 With just two days to go for the summer transfer window to shut down ahead of Premier League 2018-19 season August 10 curtain-raiser with a Manchester United-Leicester City tie, the clubs have been busy with strengthening their squads with last-minute deals. Especially after FA’s decision that all deals must be completed before the first game of the domestic season kicks off.

The Premier League is ready for its first new season after the FIFA World Cup 2018 in Russia. Managers take charge of their news assignments as Arsenal see Unai Emery and Chelsea see Maurizio Sarri, who unfortunately began his campaign with a loss to Manchester City in the 2018 FA Cup Community Shield.

The last moment surprises are also on the cards amid speculations and uncertainty. Manchester United is preparing a gigantic bid for Leicester City’s Harry Maguire. World Cup winner Paul Pogba has also been rumoured to a move to FC Barcelona. Out of all the clubs, it has been London’s Tottenham Hotspurs who have not been active in the market as they have failed to sign any player for the new season.

Among the 80 confirmed Premier League signings so far, here are the top five key attractions to watch out for this season. 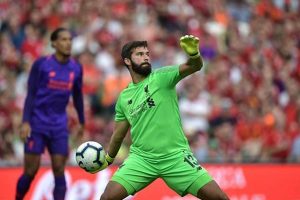 Brazilian goalkeeper Alisson Becker, who played in all of his team’s matches at the recently concluded FIFA World Cup 2018 in Russia, is touted to be a solution to Liverpool’s one obvious weakness and should mean Juergen Klopp’s team is a genuine contender for the Premier League title this season.

Loris Karius’s two huge mistakes in the UEFA Champions League final against Real Madrid in May proved that he was never the long-term answer for The Reds.

With Alisson’s signing at $85 million, Liverpool now has the most expensive goalkeeper in the history, surpassing the transfers of Ederson Moraes and Gianluigi Buffon.

Liverpool are already poised for fortunes this season with the most expensive defender Virgil van Dijk and the explosive front three of Sadio Mane, Roberto Firmino and Mohamed Salah. 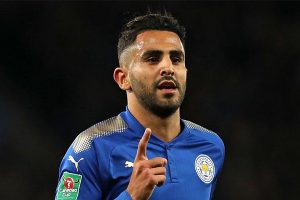 Premier League champions Manchester City have signed the Algerian star Riyad Mahrez on a five-year contract. The record $80 million move will also make him the most expensive African footballer.

The City and Leicester have failed to conclude a deal in January for PFA Players’ Player of the Year 2015-16 season. But City maintained its interest, and Mahrez sealed a club-record $80 million move that gives manager Pep Guardiola another attacking option and a player who can operate anywhere behind the striker.

Mahrez mostly played on the right wing, cutting in on his favoured left foot, but Sterling and Bernardo Silva already feature there. City may opt to use Mahrez centrally as Guardiola looks to manage the 32-year-old David Silva’s game time. 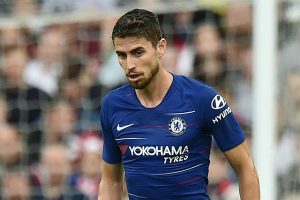 Seemingly destined for Manchester City, Jorginho instead ended up at Chelsea for $75 million and is set to be the fulcrum around which new manager Maurizio Sarri bases his high-pressing, high-energy style of play.

The 26-year-old Brazil-born Italian international joined the same day on the same day as Sarri was hired at the club. Jorginho is a deep-lying midfield playmaker who had more touches per minute for Napoli than any player in Europe’s top five leagues last season.

Jorginho will instigate attacks with his snappy passing from the base of the midfield, allowing the marauding N’Golo Kante to play further forward alongside a more creative central midfielder like Cesc Fabregas or Ross Barkley. 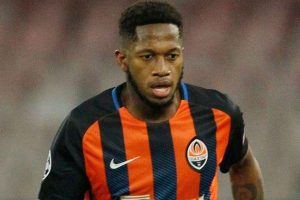 The 25-year-old Brazilian star not only offers Manchester United more energy and solidity in central midfield, he also potentially gives a platform for fellow midfielder Paul Pogba to be more expansive and attacking this season.

Joining from Ukranian club Shakhtar Donetsk for $66 million, Fred likely will take up a position in midfield alongside anchor-man Nemanja Matic and also Pogba, who should play in his preferred place on the left of a central three and have fewer defensive responsibilities.

Fred was a member of Tite’s final 23-man squad for the 2018 FIFA World Cup in Russia but was kept in the dugout for Brazil’s entire campaign. 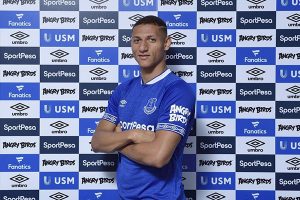 The 21-year-old Brazilian, Richarlison had played only for one year in England’s top division. He faded badly after Christmas at Watford following a strong first half of the season — when he was signed by Everton last month for a fee that could rise to about $65 million. He scored five goals in 38 appearances during Watford stint.

Clearly, recently hired Everton manager Marco Silva, who coached Richarlison at Watford before getting fired in January, thinks highly of the tall midfielder whose pace and strength got him into promising positions but whose finishing often left him down.

Richarlison will compete with Theo Walcott, Yannick Bolasie and Kevin Mirallas but is set to be first choice.