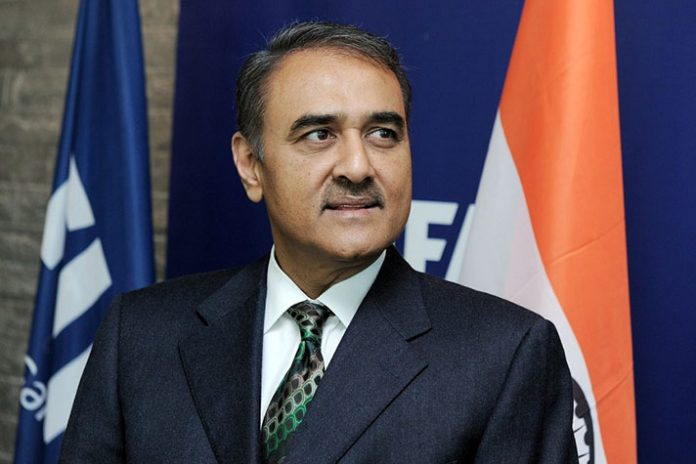 All-India Football Federation has finally confirmed a meeting between president Praful Patel and I-League team owners for July 3. The AIFF executive that was earlier scheduled for Wednesday (July 3) has now been deferred to July 9.

The I-League clubs, frustrated over various AIFF actions that belittle and threaten the existence of I-League as the premier club football competition in India, had for long been seeking a meeting with the federation president. Chennai City FC had earlier this week asked the AIFF for an invite to the I-League clubs for the executive meeting that was earlier slated for June 3.

AIFF general secretary has today (Saturday) written a letter to the I-League club owners, confirming the meeting between them and the football federation president. “This is to inform you that a meeting with representatives of I-League clubs with the President of All India Football Federation has been fixed on 3rd July 2019 at 3 pm at Le Meridian, New Delhi,” the letter states.

The I-League clubs had earlier twice made formal requests for a meeting with Patel. But there was no response from the federation. The clubs first wanted to meet the president before the start of the season and then second request was made prior to the Super Cup. Some of the frustrated clubs had also boycotted the Super League games.

The clubs are expected take up the issue about their future as India’s premier football league. The discussion will also involve the reported AIFF plans to make the cash rich ISL India’s top division football league.

The elevation of ISL as the elite football league in the country will relegate the I-League to the second division status. The I-League clubs will also not have the option to qualify for the ISL. The AIFF-Reliance-IMG contract for the ISL reportedly also does not have a promotion relegation format for the league.

Meanwhile, the AIFF has paid the prize money to the 2019 I-League champions Chennai City FC, but other two clubs East Bengal and debutants Real Kashmir FC are still awaiting their pay packet.