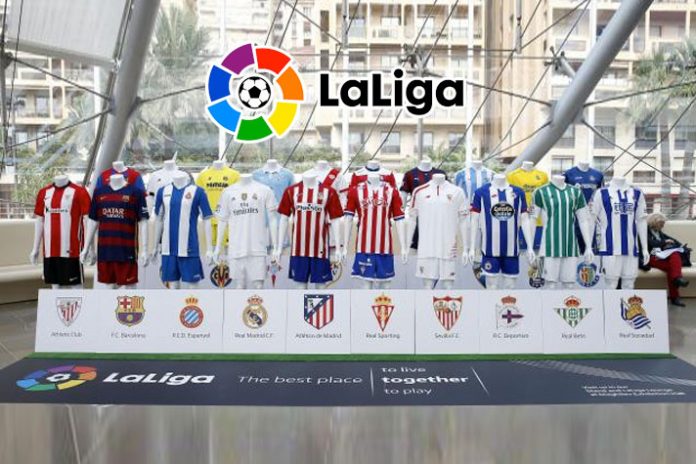 LaLiga has failed to find a buyer for its broadcast rights in the United Kingdom (UK). Spain’s elite club football league had floated the ITT on July 11 for the territory of the UK and Ireland.

Having failed to find a satisfactory bidder till the July 25, the leagues governing body has withdrawn the tender. “After assessing all bids and required additional documentation from participating bidders, La Liga has declared the tender null and void because no satisfactory bids were received,” says LaLiga Head of Communications Joris Evers.

“LaLiga thanks all participants in the tender for their interest and shall inform soon about next steps.”

The tender offered rights in six different audio-visula packages for a three-year cycle beginning with the 2019-20 season.

With the LaLiga 2019-20 season precisely a fortnight away, the prestigious football league is without a broadcaster in the sport’s biggest market.

Sky Sports held the LaLiga broadcast rights for region before Eleven Sports had struck a three-year deal with the league in 2018. The online streaming service had to renegotiate its agreement with the Spanish league after failing to get desired subscribers last December.

Eleven Sports reportedly wants to continue showing La Liga matches in the region, after cutting short an exclusive rights agreement with the league before the end of last season, and will follow LaLiga’s guidance on next steps.