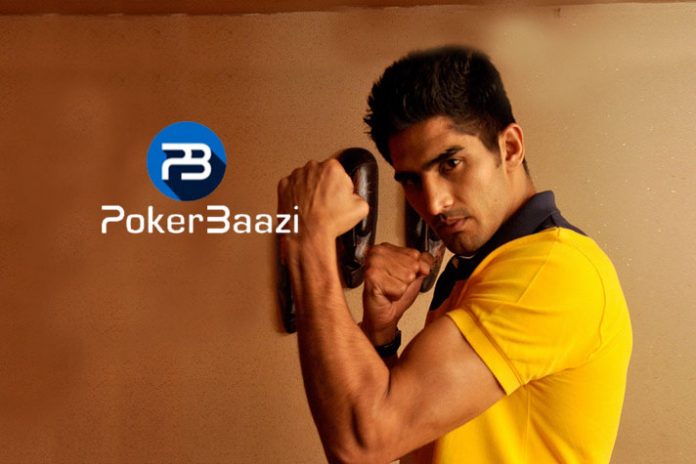 India’s PokerBaazi has roped in professional boxer and Olympic medalist Vijender Singh to extend its reach among the Hindi-speaking players.

In a move designed to broaden the site’s appeal to the mainstream audience, Vijender will now promote PokerBaazi across a variety of online and offline channels. The Haryana-born boxer has a strong following among India’s Hindi-speaking sports lovers.

Vijender’s influence and strong fan base can help PokerBaazi and strengthen its connect with the targeted player base in States like Punjab, Haryana and Uttar Pradesh. Pokerbaazi founder Navkiran Singh believes the boxer’s sporting background is significant for them.

“[Singh’s] reputation as a serious sportsperson and champion will help us in promoting poker as a serious sport that only flourishes on sheer skill and talent. We are looking forward to a long-term association with Vijender,” Singh stated in a Press release.

An Olympic medallist, Vijender till date has won his all ten professional bouts – seven of them via knockout. The Super Middleweight champion boxer has become one of India’s leading sports icons with a strong social media presence. He has over 3.2 million followers on Twitter.

“As a sportsperson, it is always an honor for me to be part of campaigns or associate with brands that endeavor to promote sports in the nation. PokerBaazi is doing a great job of utilizing technology and letting Indians play online a game that they adore,” Vijender said as his latest endorsement deal was announced.