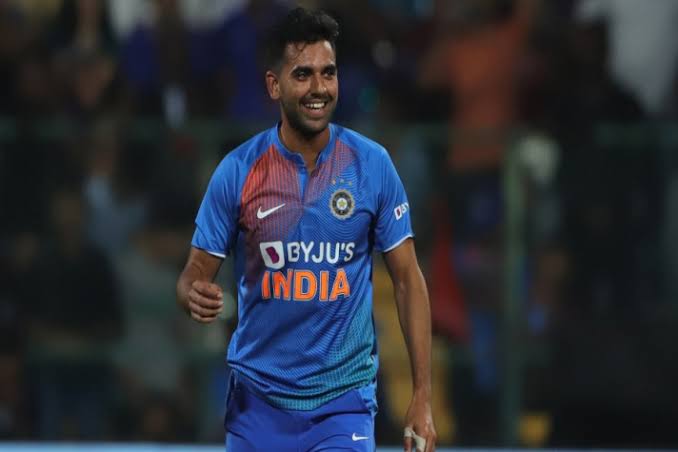 Countering the dew in the sultry Chennai heat has been a big part of Deepak Chahar‘s cricket education and he said it showed during his world record figures of 6 for 7 against Bangladesh in the series-deciding third T20 International here.

Chahar, who also became the first male cricketer from the country to take a T20 International hat-trick, has been one of the Chennai Super Kings’ successful new-ball bowlers, used judiciously by franchise captain Mahendra Singh Dhoni.

“Playing in Chennai, I have now realized how to counter dew and sweat. How to keep my hands clean. At times, rub dry soil in your hands and then bowl (so that hands don’t get slippery),” the 27-year-old Rajasthan seamer said during an interview on ‘Chahal TV’ hosted by teammate Yuzvendra Chahal for the BCCI’s official website.

Asked what was his strategy considering that there was no nip in the air and the ball wasn’t swinging a lot.

“Since the side boundaries (at VCA Stadium) were big and that was the plan that we will have to force the batsman to play shots on the sides. I also wanted to vary the pace as the ball was getting wet because of the dew and it was difficult to grip,” Chahar explained.

For the 27-year-old, never even in his wildest of imaginations, he could have thought about incredible figures of 6 for 7 in 3.2 overs.

“Came to know in the end that I got a hat-trick since I got the first wicket off the last ball of previous over. Even if you sit back at home and dream, you will not think that in four overs, you will get six wickets for 7 runs,” said a beaming Chahar.

Chahar was happy that skipper Rohit Sharma used him a bit differently in the middle overs instead of exhausting his quota upfront.

“I’ve just been wanting to work hard. It’s all God’s help that I’m here. Today the plan was to bowl upfront with the new ball. I was told I’ll be bowling the crucial overs. Happy the team management gave me that responsibility.”

Read: We have long way to go in T20 cricket: Mahmudullah