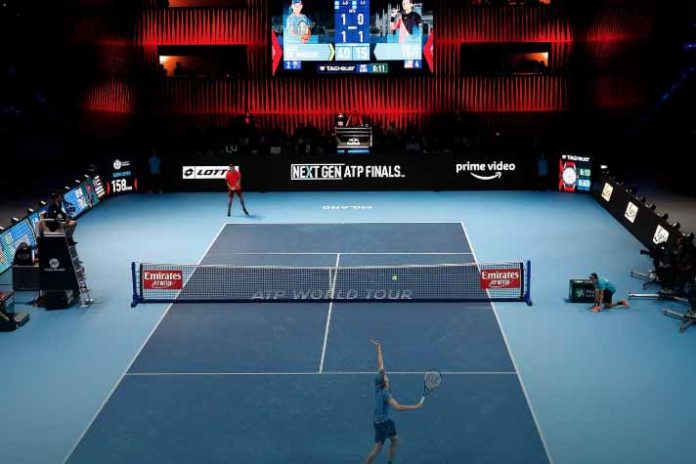 ATP in an unprecedented move will allow the to use wearable technology in competitions this year during the Next Gen ATP Finals, to be held from November 5 to 9 at the Allianz Cloud in Milan.

The data collected will allow players and coaches at the award-winning 21-and-under event to quantify the demands of the competition, better understand athlete loading and make key performance decisions that are supported with objective data.

The GPS receiver and inertial sensors in the device will measure velocity and direction, acceleration and force, rotation, body orientation, and will quantify internal load (through heart rate). The data from the wearable device, which will only be accessible by each player and those that the player gives access to, will provide accurate maps of movements and actions.

Players and coaches will be provided with post-match and post-practice reports, and they will also have the opportunity to synchronize the data with match footage to add additional context. One-on-one support from the vendor will be provided on-site throughout the week.

Chris Kermode, ATP Executive Chairman & President, said: “From the outset, the Next Gen ATP Finals have been at the cutting edge of innovation in our sport, and the use of wearable technology this year during matches will provide some invaluable insights to players, coaches and ATP medical services. This is a unique tournament that has always embraced new technologies, and this is the latest step as the event continues to pioneer innovation in the game.”

The third edition of the Next Gen ATP Finals will also see the continuation of a number of innovations, including a best-of-five-set format, shorter sets to 4 (tie-break at 3-All) and No-Ad scoring. Other innovations include Electronic Line Calling through Hawk-Eye Live, a 25-second Shot Clock, In-Match player coaching via head-sets, Video Review and more. This year’s tournament will also see the return of the traditional ‘let’ rule, following the decision to bring to a close the ‘no let’ trial that was in place across the first two editions of the event.