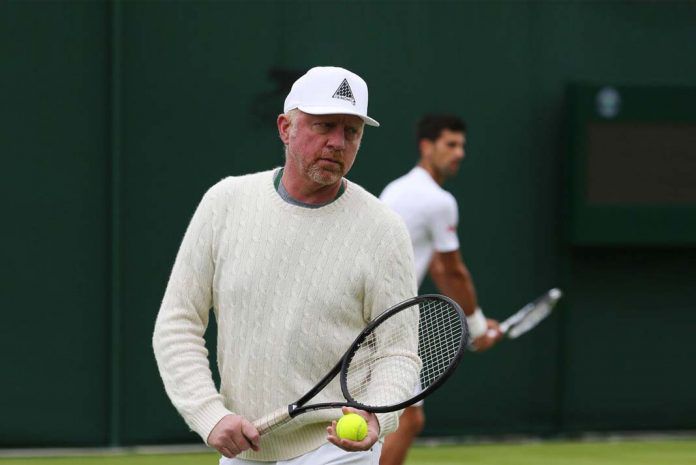 A court in London has declared three-time Wimbledon champion Boris Becker bankrupt. The six-time grand slam champion, tennis legend would lead a luxury life in the company of beauty divas with luxury houses all over the world.

Nicknamed Boom Boom for his furious serve, Becker had accumulated $63 million in prize money and sponsorships, but his own wrongdoings have spelt the bust for him.

The 49-year-old Becker was declared bankrupt by a British court on Wednesday. His lawyer pleaded for more time and “one more chance” to make good on debts he has racked up in retirement. But the judge said, regretfully, the man she had once watched dominating center court has already had plenty of chances. “One has the impression of a man with his head in the sand,” Registrar Christine Derrett said.

London’s Bankruptcy Court is just eight miles from the All England Lawn Tennis & Croquet Club, where 32 years earlier, almost to the week, Becker’s life was on a very different trajectory. As a 17-year-old, the tennis prodigy threw his fists to the sky and tossed his strawberry-blond mop back as the crowd came to its feet — the unseeded Becker had just become the youngest Wimbledon men’s singles champion, reports nypost.com

“I’m the first German, and I think this will change tennis in Germany. They never had an idol, and now maybe they have one,” he had told a New York Times reporter afterward. By the time Becker returned home, the radio was already playing a song in his honor: “Boom-Boom Boris (The All Wimbledon Boy).” And the wins just kept on coming — two more Wimbledon titles, the US Open, two Australian Opens, two Davis Cups for Germany, a world Number 1 ranking.

But the sheen came off tennis’ golden boy long before he hung up his racket. With sponsors and women throwing themselves at him, the millionaire teen quickly earned a reputation for on-court hissy fits and off-court scandals. “All those girls, hysterical, crazy, already waiting for hours for him outside hotels,” former coach Günther Bosch recalled in a biography he wrote of Becker, according to Observer Sport Monthly.

In 1987, Becker flamed out at the Australian Open, losing to a virtual unknown and flying off the handle, spitting at the umpire and smashing rackets. When he suffered a similar loss to an unknown at Wimbledon months later, rumors swirled that he’d become too distracted by his girlfriend, Benedicte Courtin — the daughter of Monaco’s chief of police — and the British tabloids dubbed him “Bonking Boris.”

“Too much sex beats Boris” screamed one headline. Bosch agreed, and the two parted ways forever. It wasn’t the last time Becker’s pecker cost him big time. In the early 1990s, he appeared to settle down with model wife Barbara Feltus, and they made headlines by posing nude together for a magazine. But it all came crashing down over revelations that he had fathered a love child with Russian model Angela Ermakova after they hooked up in the broom closet at a Japanese restaurant in London — while a pregnant Feltus was in the hospital.

“[The model] looked directly at me, the look of the hunter that said, ‘I want you,’ ” he admitted in his 2003 auto­biography, “Stay A Moment Longer.”

A lengthy and bitter divorce battle with Feltus — broadcast live on German TV — wound up costing him $25 million, his luxury condo in Miami and custody of their two sons. He was then forced to cough up another $1.2 million to buy his baby mama a home of her own in London. Becker’s property woes didn’t stop there.

After years of investigations, German authorities in 2002 busted him for almost $2 million in tax evasion, revealing that he had been living in his homeland during his years as a pro while claiming to live in Monaco.

Authorities tried to put Becker behind bars, but he made off with a hefty fine and a suspended sentence. He claimed the ordeal cost him his career. “Because of this tax business, I have not been able to sleep easily since the first house search (in 1996),” he told the court at the time. “It is notable that I was unable to win a tournament thereafter.”

Becker has tried his hand at a number of other gigs since retiring from tennis — sports commentator, running Mercedes-Benz dealerships, and even as a professional poker player.

He has also been married to Dutch model Sharlely “Lilly” Kerssenberg with no scandal since 2009 — and the pair added another kid to his brood in 2010. “There comes a time in every man’s life when he needs to settle down,” he had told The Guardian after their wedding in the Swiss resort of St. Moritz. “In my case, again.”

But the former playboy has also been beset by a series of failed business ventures — a sports Web site, an organic-food business, and more notably, a planned 19-story high-rise in Dubai called the Boris Becker Business Tower, whose backers went bust in 2011.

In 2012, Becker fell behind on debts he owed to contractors for work on his luxury villa in Majorca, Spain, and a judge repossessed the property that he bought in the 1990s — a sprawling, 62-acre complex with a guesthouse, pool, tennis and basketball courts and an ­orange grove.

Becker managed get the property back at the 11th hour, and he’s been trying to sell the villa himself ever since. In court this week, Becker’s lawyers tried to argue that he could still satisfy his creditors by refinancing the property for $6.7 million. “He is not a sophisticated individual when it comes to finances. I am asking for a real last chance for Mr. Becker to come good . . . It has just taken longer than anticipated,” said his advocate, John Briggs, according to media reports. But with Becker’s long history of blowing it, the judge just didn’t buy it.

Becker said he’s “surprised and disappointed” by the decision, but insists he’s hardly broke. “My earnings are well publicized and it is clear that I have the means to repay this debt,” he wrote on Twitter.

Surprised and disappointed that Arbuthnot Latham choose to bring these proceedings against me !
This order relates to 1 disputed loan which

“I intend to make an application to have this order set aside immediately. In the meantime, I will concentrate on my work and in particular my presenting duties at Wimbledon for the BBC and other international outlets.”

The court verdict on Wednesday has capped a fall-from-grace story that saw the one-time wild child go from Wimbledon champ to walking headline by blowing through money, women and business ventures in retirement.