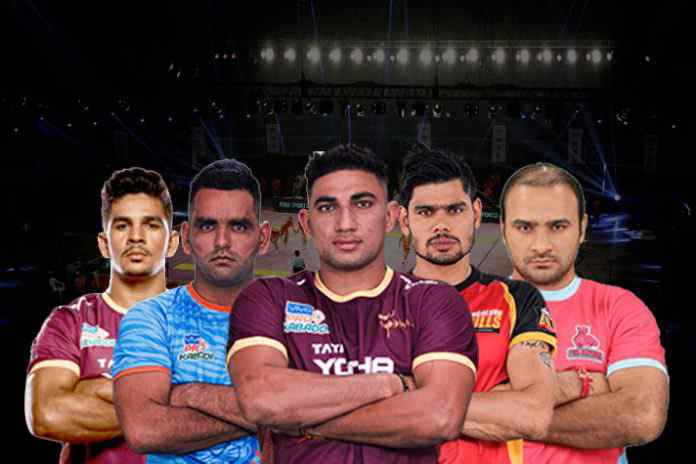 Vivo Pro Kabaddi League’s rise over the past five season’s has been more meteoric than sports’ any another commercial venture.

Mashal Sports has a methodology in place to build this rural Indian sport into a commercially successful model – the growth is sustained and fast after the proverbial “gestation period” for the first four seasons when brands were finding little value to associate with the sport and the league.

The fifth season last year shattered all myths, changed all notions. Indian sports’ biggest marketing brand, Vivo committed an unprecedented ₹300 crore in a five-year deal for the PKL title sponsorship. The ₹60 crore per annum commitment for any sport other than cricket was unheard of in India. The deal left fancied Indian Super League behind in terms of the then commercial values for the title. That defines the growth kabaddi as a commercial venture.

The 2016 PKL season also witnessed the salary gap between the kabaddi players and the icons of other professional sports bridging. Kabaddi still could be seen lagging behind in terms of players’ remunerations from their professional contracts with the team. In percentile terms in this aspect, too, PKL’s growth was second to none. The highest bid during the PKL Season V auction last year had registered a rise of 60% over the previous years.

Bengaluru Bulls had committed the top-most ₹56 lakh pay package to Mohit Chillar in 2016, last year UP Yodhas have acquired Nitin Tomar for ₹93 lakh. All the top five earners last year have bagged better deals than Chillar’s ₹56 lakh salary a year ago. For Tomar, it was more than 500% increment over his 2106 ₹18 lakh deal with Puneri Paltan. Four of the five highest played players last year were contracted for ₹19 lakh a year ago. 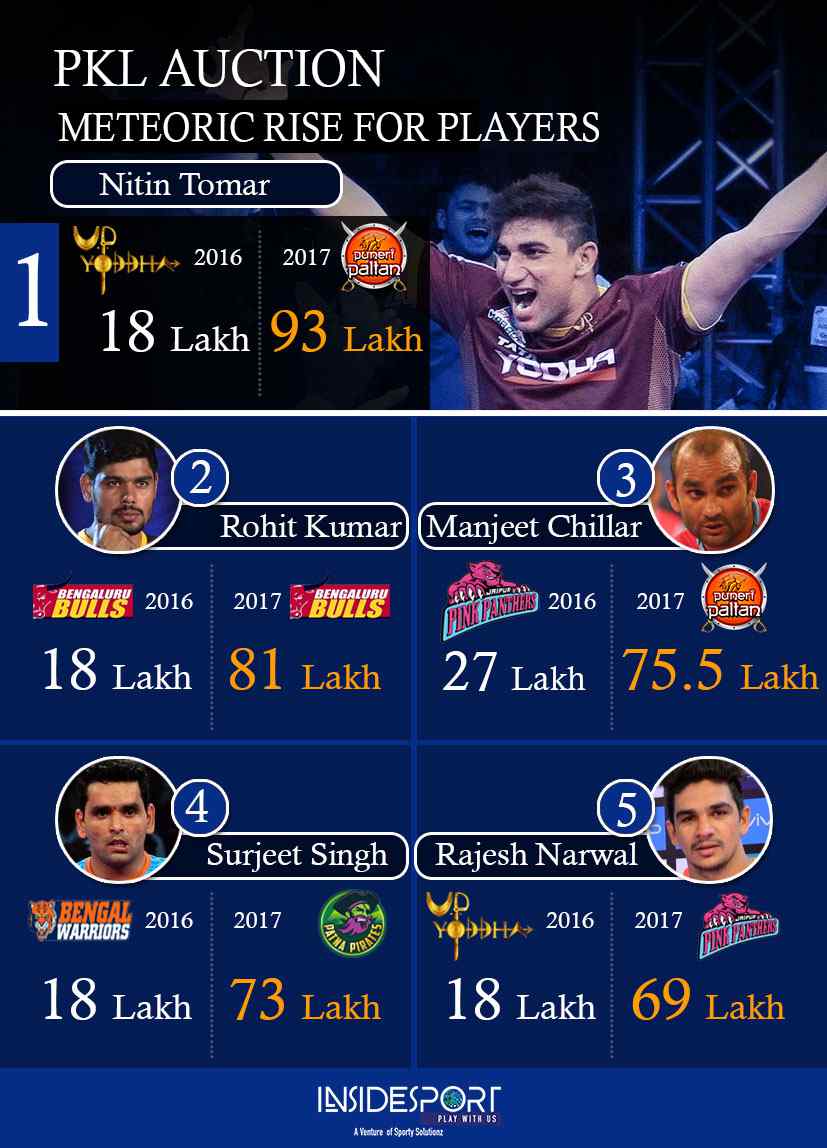 There is a certain consistency in PKL’s growth, including commercials and financials. As the 12 franchisees take position in the auction hall at the Renaissance, Powai, over the next two days, the PKL seems to be well poised to get its first ₹1 crore star. Any exception will be surprising.

The Insidesport.co will provide all the live updates from the auction hall.