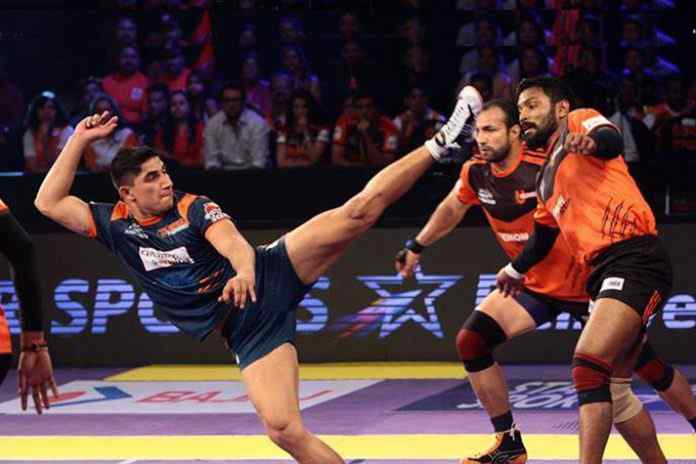 The stage is all set for the “first raid” of the Vivo Pro Kabaddi League Season VI. The 12 PKL franchisees will be engaged in an intense battle to line up their squad for the upcoming season.

At the two-day PKL player auction on May 30 and 31, a total of 422 players will go under the hammer at the Renaissance, Powai, in Mumbai from 10 am on Wednesday. The player pool includes 58 foreigners and 87 budding youngsters drawn from the Future Kabaddi Heroes talent scouting programme. The overseas talent has representation from 14 countries, including Iran, Bangladesh, Japan, Kenya, Republic of Korea, Malaysia and Sri Lanka.

The Future Kabaddi Heroes scouting programme is a Mashal Sports initiative to build a strong pool of players to make the sport more competitive and give kabaddi its future heroes.

The two-day auction will be the first major event for the PKL Season VI. However, for the franchisees the act has started much earlier. Nine of the 12 team owners have exercised the right to retain their Elite Players. The other three will be going to the auction with their full ₹ 4 crore purse.

Patna Pirates and Puneri Paltan have retained the maximum permitted four players each. Jaipur Pink Panthers, U Mumba and UP Yodhas go to the auction table with all their options open. 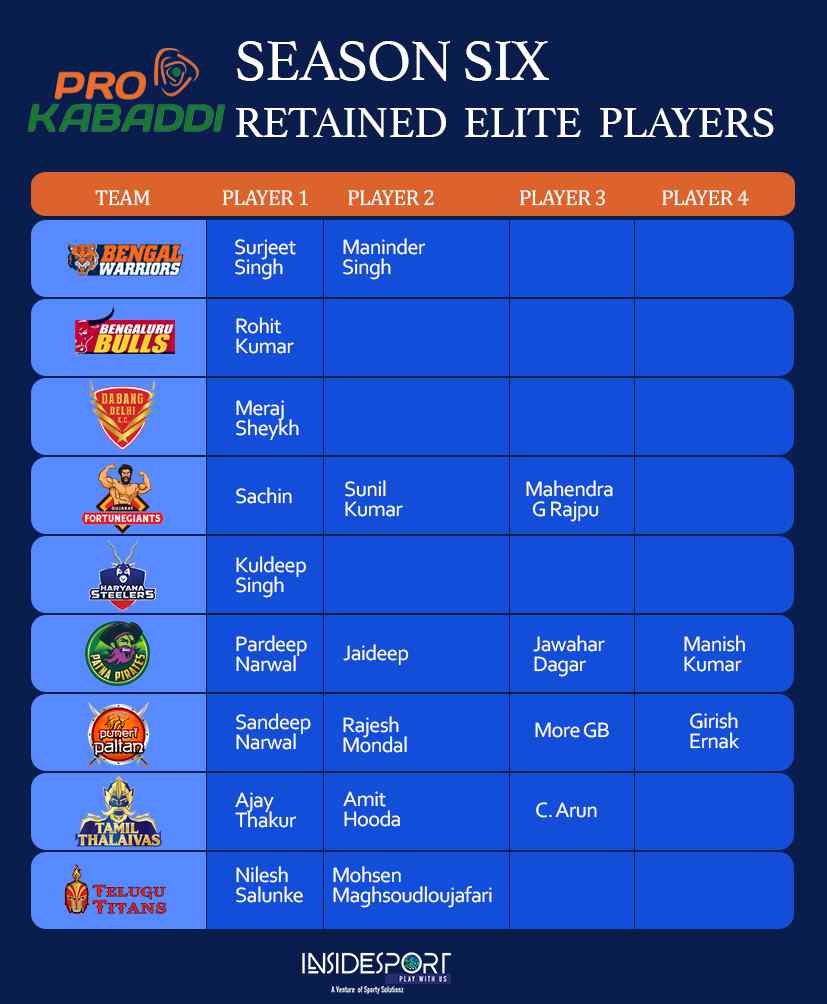 A franchisee will have to maintain a minimum 18-player squad. The upper limit is 25. Irrespective of the squad strength, a franchisee cannot exceed the permissible ₹4 crore purse limit for player acquisition.

It is mandatory for all the franchisees to acquire at least three players from the Future Kabaddi Heroes 2018 programme. The teams can acquire two to four overseas players.

The franchisees will have the right to match the final bids for up to two players, who have been their team members last season. The teams which have retained the maximum permitted four Elite Players will get only one option to match the Final Bid. The others can match two final highest bids.

With the expansion in format and franchisees before the fifth season, PKL is India’s biggest domestic sporting league. The Season V auction last year has witnessed the 12 franchisees spending a total of ₹ 46.99 crores on 227 players, which included the absorption of 55 young players from the Future Kabaddi Heroes Programme. UP Yodha’s Nitin Tomar became the costliest player in the history of Pro Kabaddi League last year after he was acquired by the new entrants for ₹93 Lakh.

Insidesport.co will provide all the live updates from the auction hall.