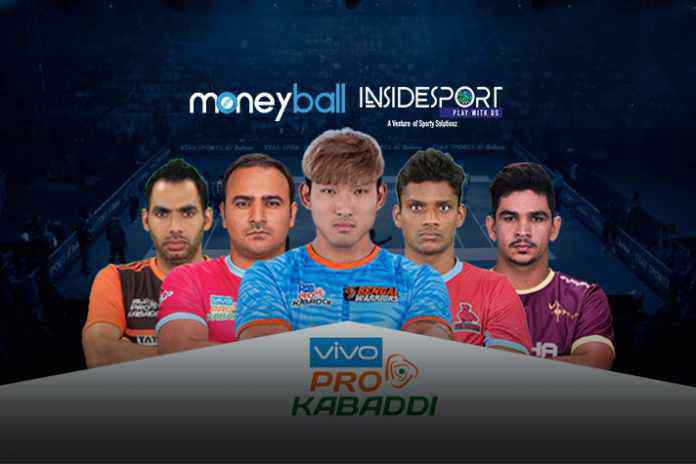 The PKL auction has been a real revelation as owners of the franchisees did not hesitate to pay the top dollar for the performing assets. The auction saw domestic and international Kabaddi players laughing to the bank with 6 of them crossing ₹1 crore annual salary package mark.

But their have been some big disappointments too. Few names who have become synonymous with the sport of Kabaddi in the country, surprisingly failed to attract much of traction from the franchises. These players, through their sheer performance in the past seasons of Vivo Pro Kabaddi have become darlings of the crowd in the stadiums and audiences on the tube. Their display and acrobatic exploits on the mat made them franchisee and crowd favorites but auctions of the Pro Kabaddi League season 6 have brought disappointment for these superstars of the game. To everyone’s surprise their auction price and market values show a huge dip in the just concluded auctions.

InsideSport.co’s, professional sports salary tracking tool Moneyball has identified 5 of these players whose stocks have fallen big time during these auctions.

JANG KUN LEE
The first in the list is Korean raider Jang Kun Lee. Through his athleticism and calm demeanour, he has made huge fan-base in the Indian Kabaddi circles. During his last few year’s journey in PKL he has been hailed as the most loved foreign player of PKL. In the PKL season 5 auction, Lee was picked at astonishing ₹80.3 lakhs by the Bengal team, the most paid ever to any foreign player. He was number 3 in the season’s salary rankings of highest paid PKL players in 2017.

Lee raided the opponent’s citadel scoring 89 points in 21 matches. But this year’s auctions his stock has fallen big time. There were not many takers for Lee at the auctions this year and as a result, he was bought by the Bengal Warriors at ₹33 lakhs only. From being number 3 highest paid PKL player last season, Lee’s PKL’s highest salary ranking has fallen to 41st this year.

MANJEET CHHILLAR
Asian Games Gold Medallist, Arjuna Awardee, most valuable player of PKL in season 2, former captain of Bengaluru Bulls, Puneri Paltan, Jaipur Pink Panthers and the list goes on. But this long list of accolades also could not support’s 2016 World Cup winner, Manjeet Chillar’s case at the PKL auctions for season 6. Chhillar who is currently gearing up for the forthcoming Asian Games is one of the most known faces of Indian Kabaddi team.

He played for Jaipur Pink Panthers in season 5 with a salary package of ₹75.5 lakhs per annum. He was 4th on the highest paid players list of Season 5. But surprisingly he was picked for just ₹20 lakhs in the auction this year, almost 300% down then his last year auction price. And in the salary rankings of highest players this year Chhillar dived from 4th position to 69th position this year.

SELVAMANI K
Selvamani K is another top 10 salary earner last year who failed to strike a chord with the franchise owners in the PKL Season 6 auctions. Selvamani who hails from Tamil Nadu was awestruck in season 5 when he was picked for ₹73 lakhs in the Season 5 auctions by Jaipur Pink Panthers making him the 6th in highest paid players list. The same team decided to give Selvamani a huge pay-cut this year. Panthers agreed to pay only ₹15 lakhs this year to this lanky talent from Salem, Tamil Nadu.

RAJESH NARWAL
Another story going horribly wrong at the PKL auctions season 6 is Rajesh Narwal. All-rounder Narwal who plied his trade for UP Yoddha in the season 5 was picked at  ₹69 lakhs last year. But in the season 6 auctions his buying price fell to mere ₹16 lakhs.

ANUP KUMAR
If someone is the biggest disappointment of the season 6 PKL auctions then it has to be Anup Kumar. The former Indian captain and two times Asian Games gold medallist Anup has been the face of PKL over last few years. He is the most recognizable Kabaddi face in the country. He led U Mumba to PKL title in Season 2, he scored the highest points for his team last season. Still, to everyone’s surprise, U Mumba decided not to retain this Kabaddi legend this season. Result – Anup was picked by Jaipur Pink Panthers at meagre ₹30 lakhs, almost at 50% pay cut over his salary last year. 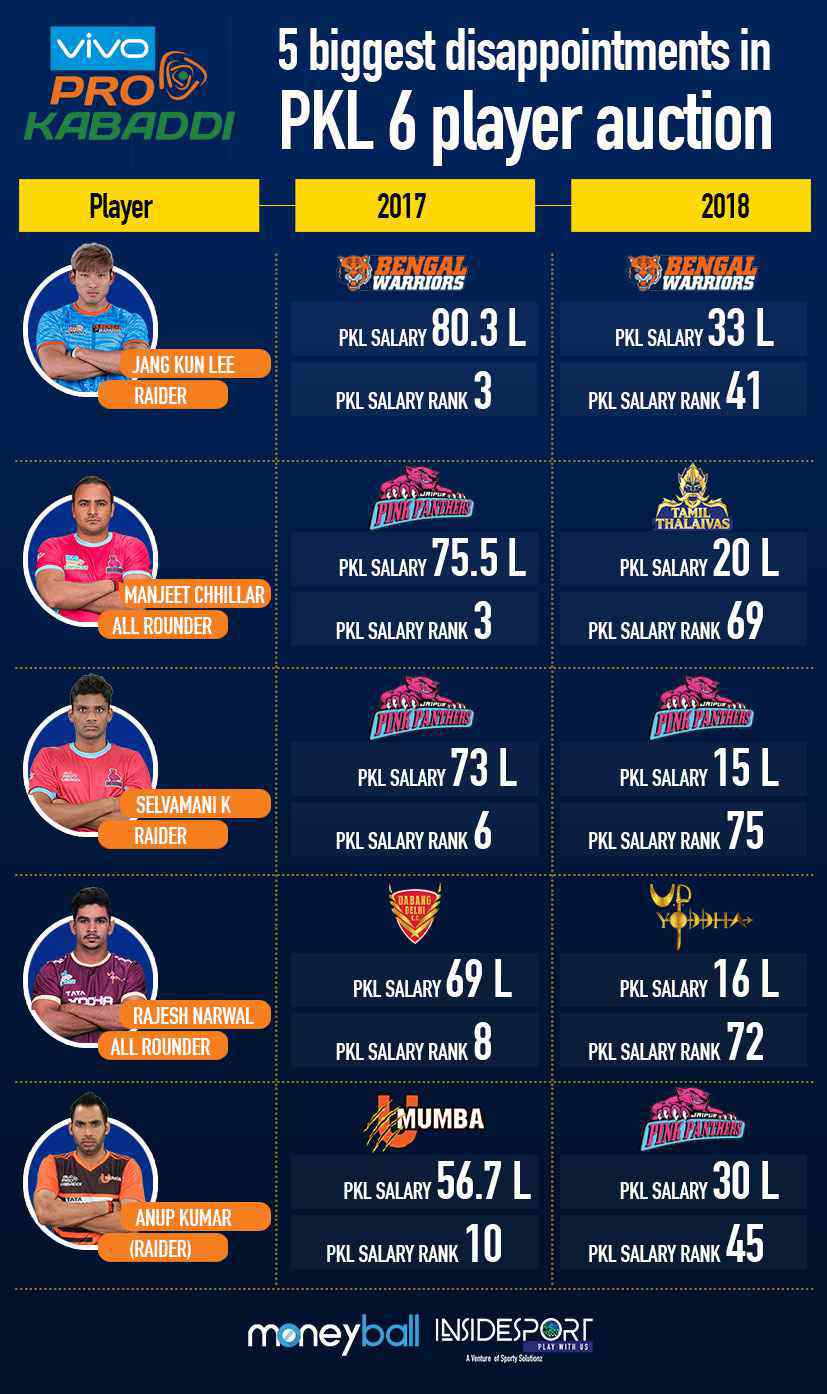