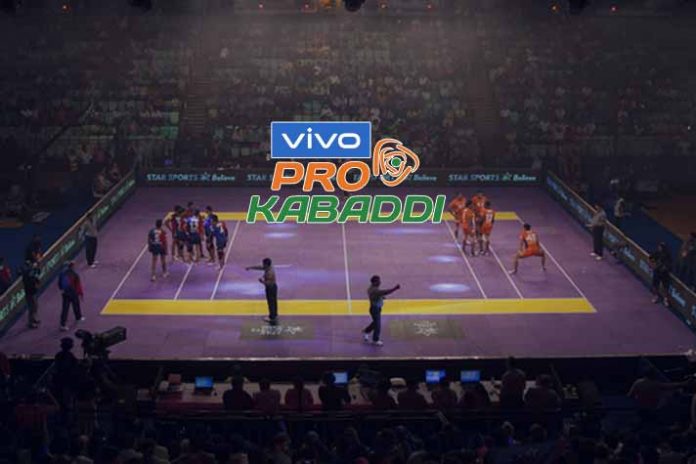 As the ‘Toughest Week’ of Season 7 is all set to treat fans with exciting matches at EKA Arena by TransStadia Arena, Ahmedabad, Pro Kabaddi has announced a consolidated prize money of ₹8 crore for the seventh edition.

A purse of ₹8 crore awaits the contestants as the Pro Kabaddi League Season 7 enters its decisive round, to be played at the TransStadia Arena from Monday, October 14, to the October 19 final. The champions return home with a hefty purse of ₹ 3 crore.

Pro Kabaddi Season 7 offers a consolidated prize money that is at par with prominent leagues with teams and players competing for glory and an attractive prize pool. All the teams qualifying for the Playoffs are assured of some prize money, with the champions to bag ₹3 crore.

PKL: UP Yoddha partners with UP Kabaddi League

The top 6 teams to clash in the ‘Toughest Week’ are Dabang Delhi K.C., Bengal Warriors, Haryana Steelers, UP Yoddha, U Mumba and Bengaluru Bulls.

Format of the Playoffs leading to the ‘Toughest Panga of the Year’ on 19th October 2019 is as follows:

CLICK HERE for graphical display of the playoff format

Here is the complete breakdown of this season’s prize money for the Top 6 teams:

The LIVE coverage of the ‘Toughest Week’ of Vivo Pro Kabaddi League Season 7 begins at 7:00 pm with the pre-show KBD LIVE, whilst matches begin at 7:30 pm and will broadcast on the Star Sports Network and Hotstar.