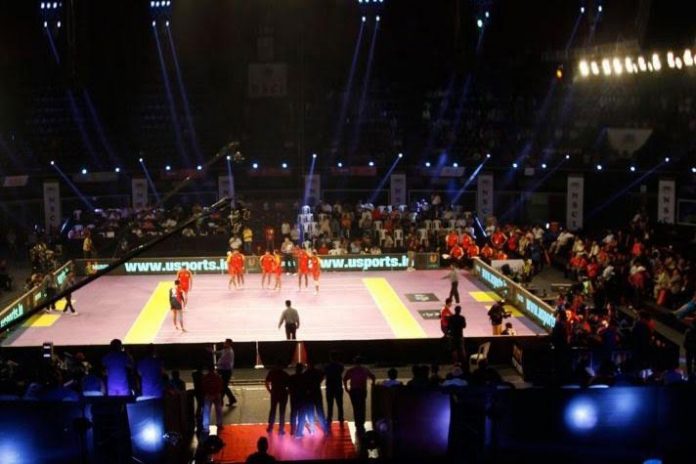 The Haryana Steelers will be up against Dabang Delhi KC in Pro Kabaddi League season 7 in Kolkata tomorrow (Saturday). The Steelers will look to continue their form after recording their fourth consecutive victory in the league post their win against Gujarat Fortunegiants in New Delhi on Wednesday.

Haryana Steelers’ captain Dharmaraj Cheralathan expressed that the team will aim to maintain their standard of performance in the upcoming matches.

“The team’s confidence is high, all players are performing well in the league. Vikash Kandola, Prashant Kumar Rai and Vinay are playing well in the raiding department. The defense unit has gelled well and therefore the team has been able to achieve its goal in PKL-7 so far. Now, we have to maintain standard of performance,” said Cheralathan.

The Haryana Steelers lost 21-41 against Dabang Delhi K.C. in their second match of this season. The Steelers will be certainly aiming to ride on their momentum and register a victory over the top side in the standings at the moment. Captain Cheralathan said that the Steelers’ defense unit will be the key in the match against Delhi.

“There are raiders such as Naveen Kumar and Chandran Ranjit in the Delhi team. Therefore, our defense will have to be alert and execute their plans well. If we carry out our responsibilities then our team will be on top automatically. We are improving with each game and we are taking one match at a time at the moment,” said the defender.

The Haryana Steelers defeated Dabang Delhi K.C. twice out of three matches in the last season. The Steelers will certainly take confidence from their record against Delhi in season six as they inch closer to the knockout stages.

In the action scheduled for today (Friday) at the Kanteerava Stadium, Bengaluru, Patna Pirates take on UP Yodha at 7:30 pm while the other second game between hosts Bengaluru Bulls and Telugu Titans starts at 8:30 pm.

The fans on the move can also catch the LIVE action on Star’s VOD platform Hotstar.