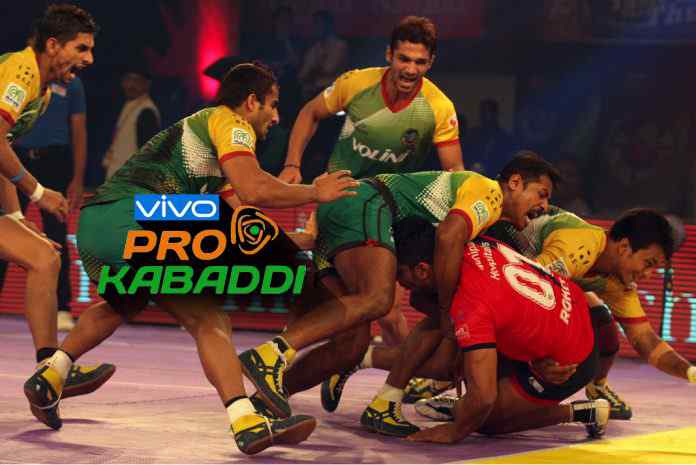 Pro Kabaddi League Season V has conveniently surpassed the Rs 100-crore mark in sponsorships. Market estimates put the sponsorship revenue aggregate from title Vivo and other associates above Rs 120 crores. The figures do not include the sponsorships generated by the franchises and other revenues of the fastest-growing commercial sports property in India.

Kabaddi has stamped its authority as the next big thing on Indian sports horizon. India’s indigenous sport, confined primarily to rural parts of the country, is now showing the prowess to hold in the nation obsessed with cricket. The grand success of PKL is giving all the reasons for the brands to put their bet on the biggest non-cricketing event in the country.

“Kabaddi now is the next-cricket. Within the Indian-context this sport has the potential of being the next mass viewership sport,” says brand and business strategist Harish Bijoor. “As of now there is a kabaddi revival in India thanks to PKL. This will widen and deepen for sure.”

Five years down the line, few would have believed kabaddi to be a commercially viable sport. Yet, 2014 witnessed the inception of PKL. There was little corporate support then. However, 2017 is different. Three years and only the fifth season, PKL is making it to the business headlines with an unprecedented consistency.

Vivo signing as title sponsor for Rs 60 crore, a sum second only to cricket sponsorships in the country, was surprising for everybody. The fifth edition of the PKL just got bigger and better thereafter. Four franchisees have joined the existing eight. The title sponsor deal brought all the limelight to the sport, opening a gateway for other brands to barge in.

A total of nine sponsors are on board till date. Big names like Gillette, TVS Motors, AMFI (Association of Mutual Funds of India), Bajaj Electricals, Indo Nissin, Lux Cozy, Castrol, USL and RR Kabel have joined Vivo on the list of brands supporting kabaddi. While Gillette, TVS, AMFI and Bajaj are on board as associate sponsors for each having a deal around Rs 12-15 crores, as per industry sources, the other partners like Nissin, USL, Castrol, Lux Cozy and RR Kabel have commitmwnts worth Rs 5-7 crores.

This makes PKL a commercial brand with a worth of over Rs 120 crores from sponsorships alone.

“Vivo PKL is quite unique in the way that we go to market. Here the sponsors have the option of being present across on ground, on air and digital at the same time. Hence the key reason to participate for a sponsor is often the associative value that the sport offers. There is a lot more interest in the property and hence there will be more brands in addition to the existing,” a Star India spokesperson says. “Kabaddi has been clearly established as the number two sport in the country after Cricket. Hence providing unparalleled reach and access to consumers and it helps drive brand objectives from saliency to engagement to purchase intent.”

On TV, the league has become an extremely valuable proposition, with 435 million viewers tuning in for its very first season. Over the four seasons that have gone by, a cumulative viewership growth of 51% has been recorded, which is the highest for any competition of this kind in the country. “Kabaddi as a sport appeals to people across gender, age, geographies and demographics,” Star India spokepersons adds.

Next will be the increase in mass participation with a growth from rural to urban sectors, believes Bijoor. “I expect kabaddi to make an entry into our big city schools and colleges as well soon. Kabaddi has shown the potential of being the next macho sport of India.

“Sponsors scent all this and hence the broad spectrum of client brands widens,”Bijoor adds.

The broadcast reach to virtually each household in the country adds to the brand interest. In season 4, the league notched up 100 million impressions. This season, with more teams, more matches and a much bigger season in terms of money involved, STAR’s FTA and Tamil channels joining the strong broadcast platforms list, all previous numbers are set to be surpassed. In terms of competition, there’s nothing else on television to touch it.

Each match has roughly about 3,000 seconds of inventory, with 10 second spots selling at an average of Rs 1.5 lakhs. Even if it looks minuscule when compared to the elite properties like cricket and Kapil Sharma’s show. Brands are capitalizing the value-for-money inventory while receiving penetration within all segments of the society. The rising popularity of the sport is translating into commercial gains for the other major stakeholders – the franchisees.

Jaipur Pink Panthers which is owned by Abhishek Bachchan has Finolex Cables as the title sponsor, and Cycle Agarbatties and Kalyan Jewellers as associate sponsors. The franchise is powered by Lux Cozi and its patners are Paytm, Insider.in and Dida.

Defending champions Patna Pirates owned by Mukand Infinite have roped in Birla Gold Premier Cement as the principal sponsor and has H&R Johnson and Supreme Plastics as associate and co- sponsors, respectively.

Puneri Paltan, owned by Insurekot Sports, have Force Motors as the principal sponsors and Kirloskar Pumps, Maxo Genius as the co-sponsors. Equio is their kit partner brand.

Telugu Titans owned by Veera Sports’ Srinivas Sreeramaneni is being powered by Sillymonks (Ride on digital). Other sponsors and partners are TVS Tyres, Greenko, Gem Paints and Radio City 91.1 FM.

UP Yoddha owned by GMR league games has roped in Tata Motors as its official sponsor.
While the Dabang Delhi K.C owned by DoIT Sports management India founder Radha Kapoor Khanna and The Tamil Thalaivas franchise co-owned by Sachin Tendulkar are yet to reveal their brand associations.

Asking Star India on the engagement that the sponsors get, the spokesperson says, “The sponsors have the option of being present across on ground, on air and digital at the same time. Hence the key reason to participate for a sponsor is often the associative value that the sport offers.”

The brands through these associations are giving a boost to their campaigns, capitalizing and monetizing the traction that kabaddi is ready to deliver for the next 3 months.