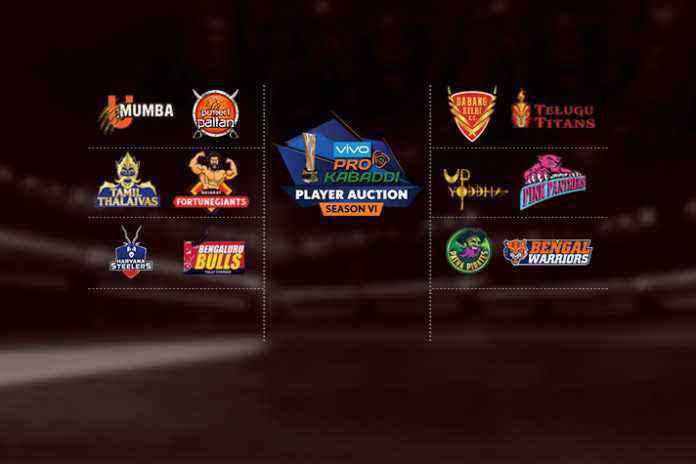 The two-day Vivo Pro Kabaddi League auction process has seen the emergence of six crorepati athletes, including a foreigner. The 12 franchisees have spent lavishly from their collective player purse of ₹48 crore – 15% of which has gone to the six crorepatis.

Here is how all the 12 PKL teams and the finances of their respective players shaped up for the Vivo PKL Season Six. 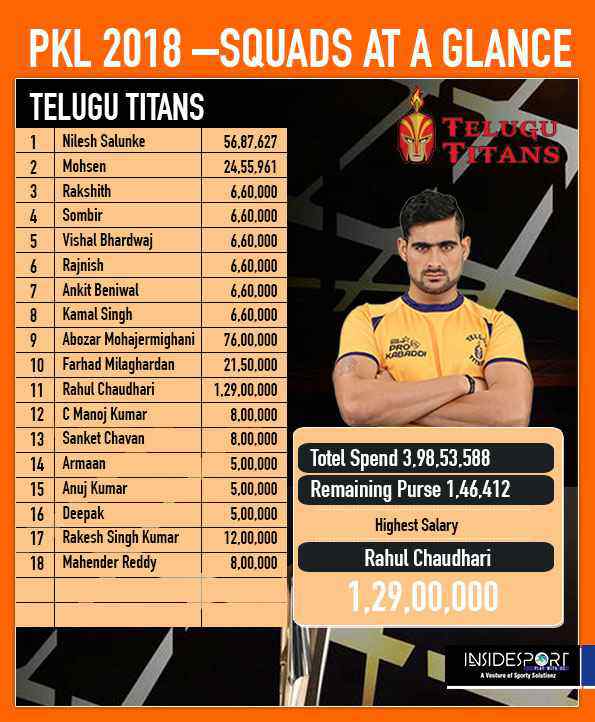 PKL’s first team to strike the ₹1 crore player deal, U Mumba build up a squad of 18 for ₹3,95,30,000. Fazel Atrachali became PKL’s first crorepati in this bargain. 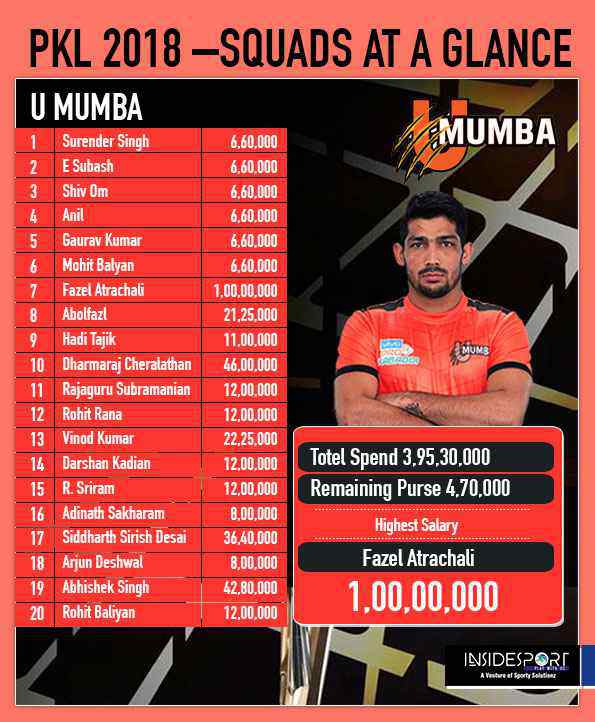 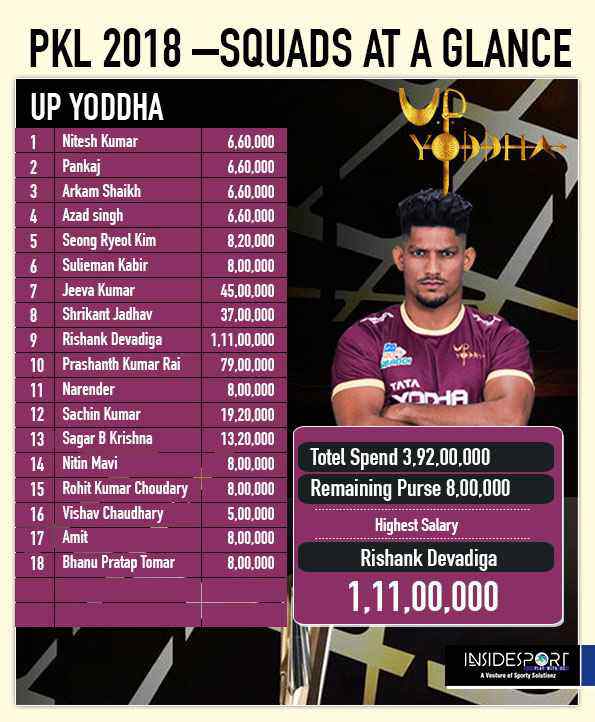 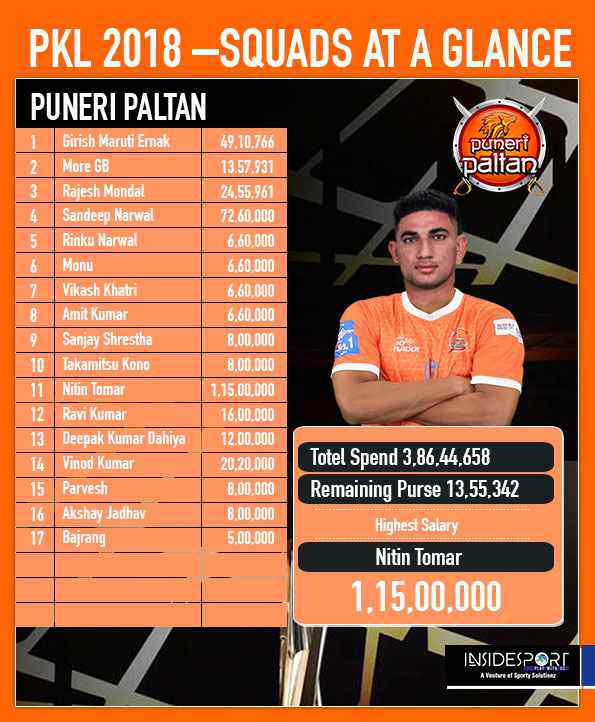 The Steelers stole the PKL Auction show with the ₹ 1.51 crore record deal for Haryana’s Monu Goyat. In spite of spending judiciously on other players, the Haryana PKL franchisee has 16 players in its ranks for a total spent of ₹3,86,14,916. 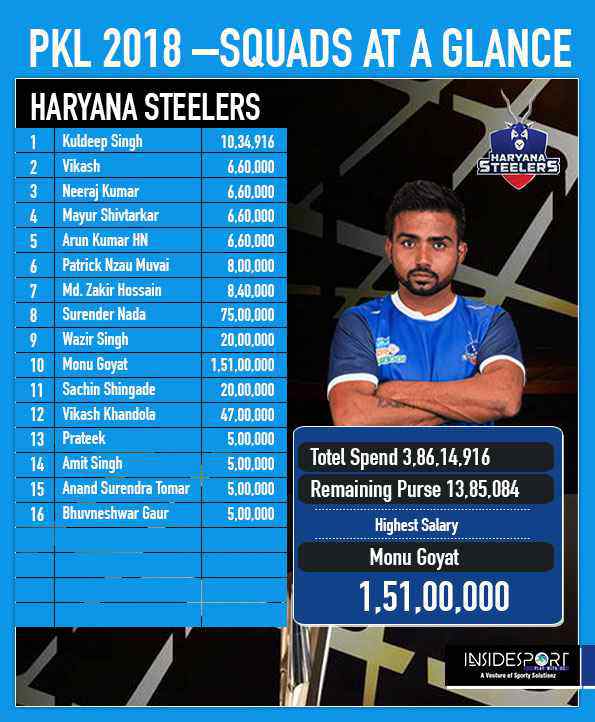 Abhishek Bachchan owned team auction was led by the celebrity star himself. The team has committed a total of ₹ 3.84 crores on 17 players, including their big catch Deepak Niwas Hooda’s salary of ₹ 1.15 crore. 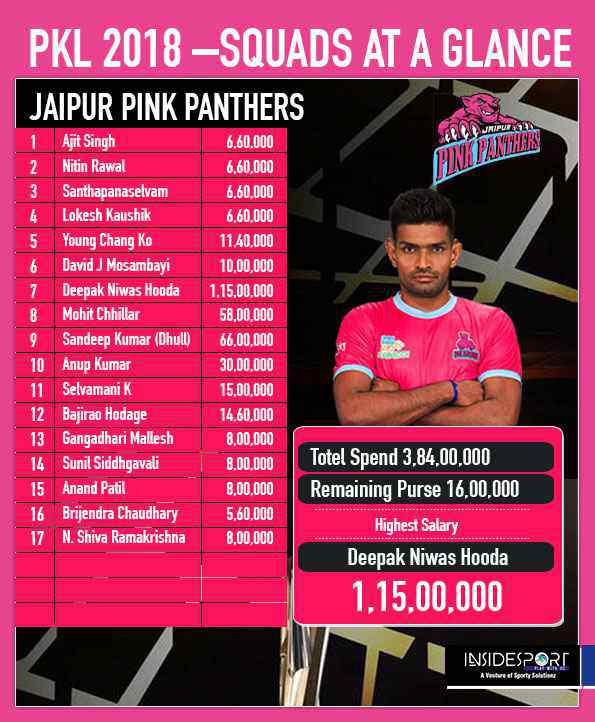 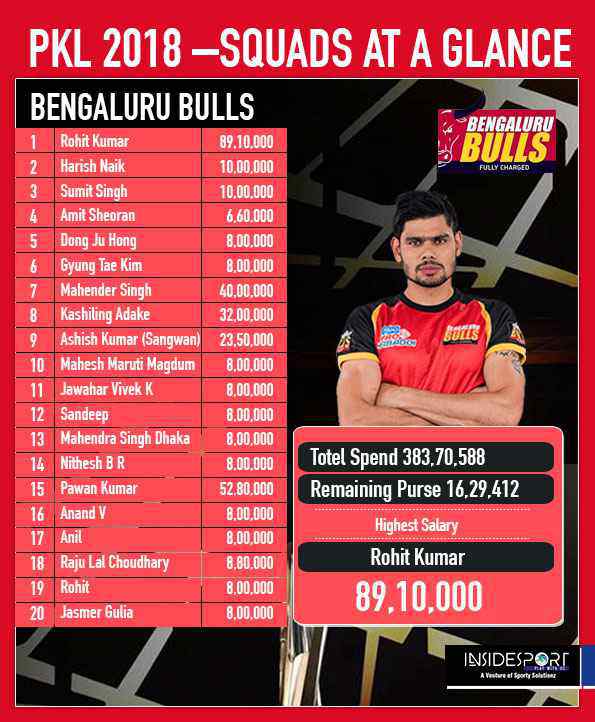 Delhi were calm and calculative in their spending even when many other put on display a ‘Dabang’ attitude with their aggressive bids. Delhi Dabangs 19-member balanced squad has cost them 3,83,70,588. Meraj Sheykh with ₹65,55,588 deal will be the highest paid Dabang in the dugout. 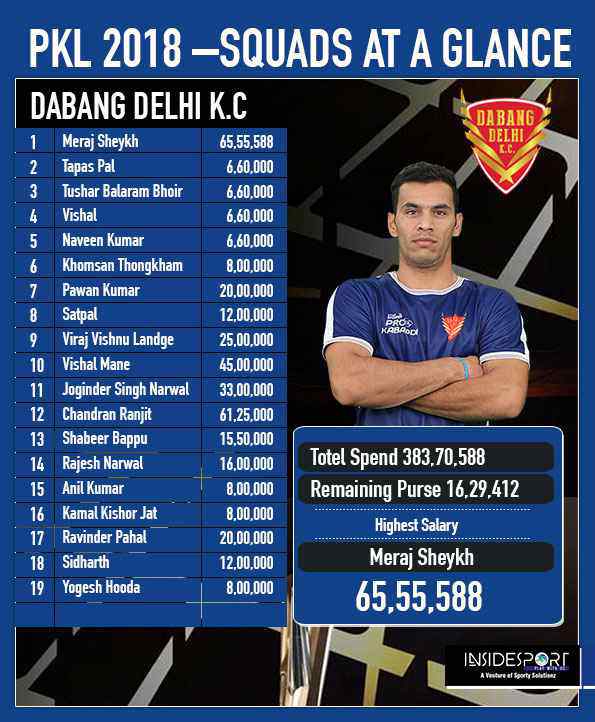 Pirates build the Patna team with well-calculated and cautious bids. In the 18-member, ₹3,80,00,320 squad Pradeep Narwal is the top earner with a ₹60.50 salary package. 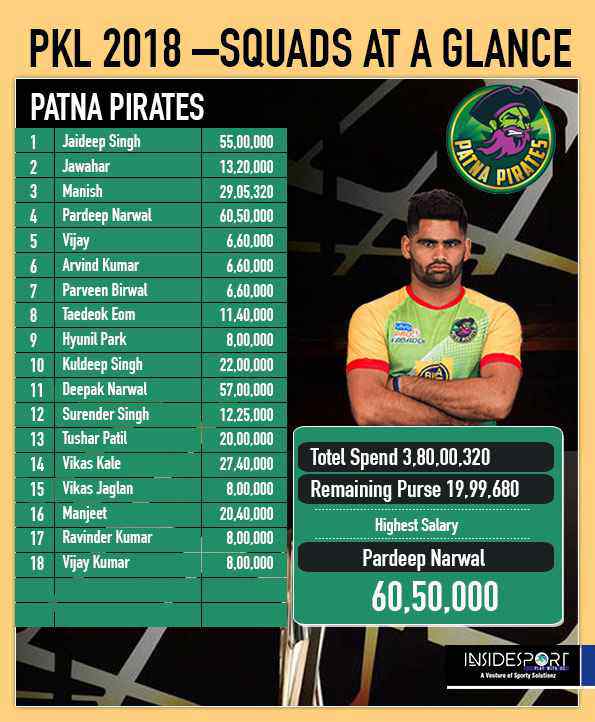 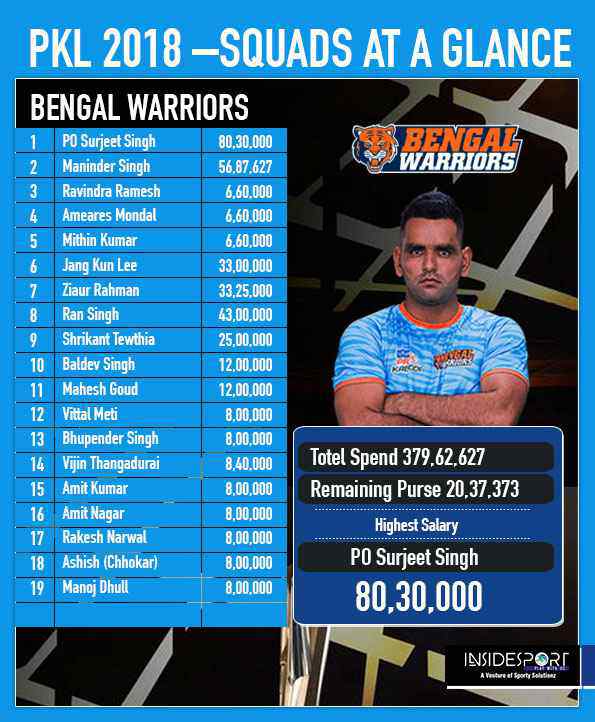 The saying “you cannot beat a Gujarati in spending wisely” holds true for Vivo PKL team from Gujarat. The squad of 20 is built for ₹3,73,74,354. Sachin Tanwar for ₹56,87,627 is top salary commitment for the season. Only one team has spent less than the FORTUNE GIANTS. 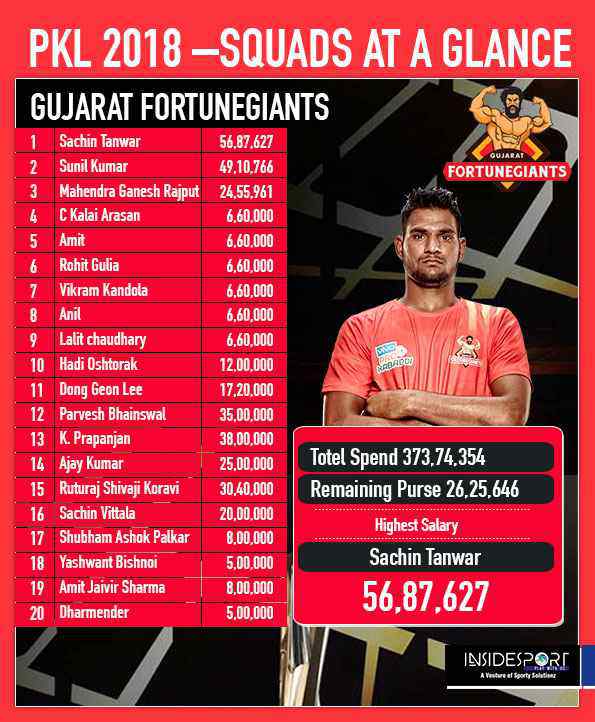 This 19-member squad is lined up at the least price of ₹3,73,23,000. Thalaivas have invested their best on Ajay Thakur, who will be richer by ₹76.23 lakh this IPL season. 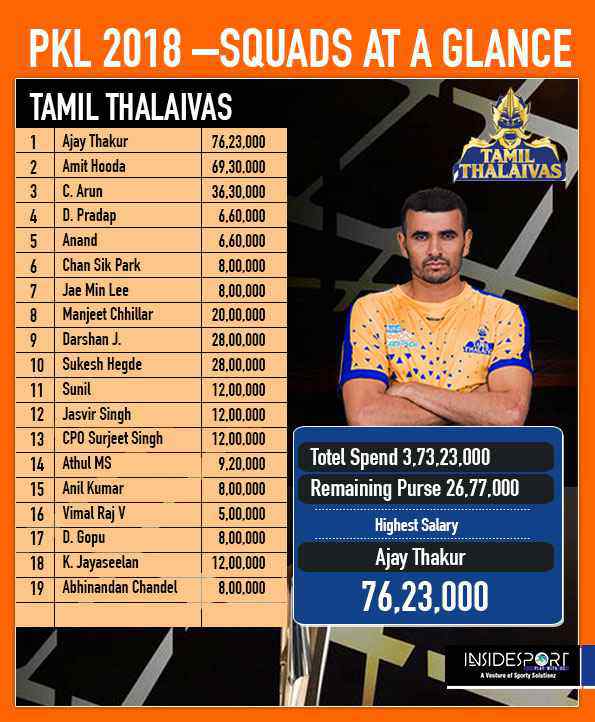