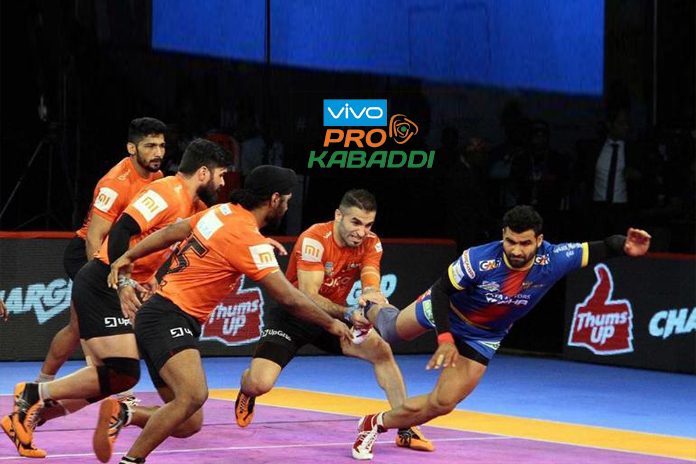 Pro Kabaddi League Season 6 is signing off on a historic note – not just for this indigenous Indian game, but for sports in the country in general. The last month of the prolonged four-month league has set a television bench mark for professional sports.

As Indian cricket team is outplaying Australia for their maiden Test series win Down Under in 71 years, Pro Kabaddi for four successive weeks has prevailed to prevent cricket from justifying its tag of the most-watched “live sport” on Indian television. This all has happened after a prolonged mid-season slump that had raised doubts over the commercial viability and sustainability of the four-month long professional sports league in India.

The league that was losing miserably its stronghold even on rural audience in October, has in December re-emerged to live up to its status of one of the most followed sports on Indian television. Most followed, rather. Between Week 48 and 52 on the Broadcast Audience Research Council television viewership ratings chart for the most-watched sports genre television programmes are ruled by kabaddi.

The success is many fold. The league last year had earned the prestigious tag and value for the highest title sponsorship for a non-cricket competition in India. Vivo had agreed to a five-year  ₹ 300 crore reported deal. Alongside Vivo, PKL now has major brands like Thums-Up, Bajaj Electricals, Tata Motors Commercial Vehicles, Gillette, Hero MotoCorp and fantasy game platform Dream11 on its sponsors’ roaster. RR Kabel, Ultratech Cement, Britannia, McDonald’s and HDFC Life insurance among the other partners.

The kabaddi league overall has between 90 and 100 brands on board. The figure includes the team sponsors. In terms of team, PKL with 12 participants yet again leaves any other top professional league in India behind.

In yet another big deal, BKT Tyres in October had announced a first of its kind multi-franchisee sponsorship deal with as many as seven teams. The off-road heavy tyre brand is sponsoring Patna Pirates, Puneri Paltan, Tamil Thalaivas, Telugu Titans, UP Yoddha, Bengaluru Bulls and Haryana Steelers for the ongoing season.

Fifteen per cent has been a magical figure for PKL this year. According to sources in Star Sports, the average per match audience this is between 15% and 20% less in comparison to the previous season. However, the overall revenues of the league have made a significant 15% gain, to be the highest ever for all the six seasons.

The last four weeks of the league, which for a while appeared far below it prime, are the perfect icing on the cake all stakeholders would have been looking for.  Pro Kabaddi has grabbed a total of 18 slots in the BARC ratings for the top 5 programmes across the past four weeks. Adelaide Test won by India has been in the fifth and the fourth position for two weeks. This significant surge coming in direct competition with live broadcast of India’s Test matches in Australia will give PKL a further commercial boost.

Kabaddi with its deep roots in Indian rural market has helped brands penetrate into the this targeted audience. Few other sports could have given a sponsor the kind of reach Tata Motors Commercial Vehicle has got with 12.5 million YouTube hits for its “Desh Ke Truck” TVC, which featured Pro Kabaddi and Indian wrestling stars.

This epochal journey had started on new high as six players got contracts worth ₹ 1 crore or more at the Season 6 auction in Mumbai on May 29 and 30, 2018. Monu Goyat was signed by Haryana Steelers for ₹ 1.51 crore – an unheard of salary for an Indian outside cricket. Even national football team captain Sunil Chhetri gets ₹ 1 lakh less than this Bengaluru FC as the highest paid Indian Super League star.

If the auction were the well beginning for the season, the grand finish has set a perfect stage for a more ambitious Season 7. Star India, the majority stake owner in the league through its subsidiary Mashal Sports, has a reputation of experimenting by setting up unconventional goals for its commercial properties. The experiments more often than not have been successful. PKL is the perfect case study.