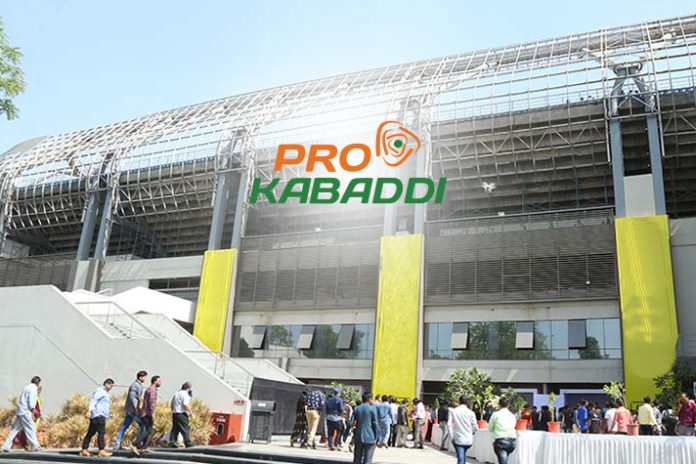 Pro Kabaddi League crosses mid-point of the league stage of Season 7, and the action so far has been nothing short of edge-of-the-seat. With all the excitement in store in the ‘Toughest’ half, Mashal Sports Pvt. Ltd, the organizer of the Pro Kabaddi League (PKL) announce Ahmedabad as the venue for the playoffs and final for this year scheduled to take place between 14th October and 19th October 2019.

EKA Arena by TransStadia, Ahmedabad will host the two eliminators, semifinals and the Grand finale. With every team having played their opponents once, the competition hereon gets tougher, making way to the playoffs. The teams at the bottom will fight their way to the top 6 to make it to the playoffs as every match will be a turning point for these teams.

The VIVO PKL Season 7 caravan heads to Pune with matches from 14th September followed by Jaipur – the Pink city where matches begin on 21st September. The last two cities are Panchkula and Greater Noida, leading to nail-biting playoffs from 14th October onward – with the Grand Finale on 19th October 2019

The LIVE coverage of VIVO Pro Kabaddi League Season 7 begins at 7:00 pm with the pre-show KBD LIVE, whilst matches begin at 7:30 pm and will broadcast on the Star Sports Network and Hotstar.

The semi-finals are scheduled for October 16, Wednesday, and the final will be played Saturday, October 17.