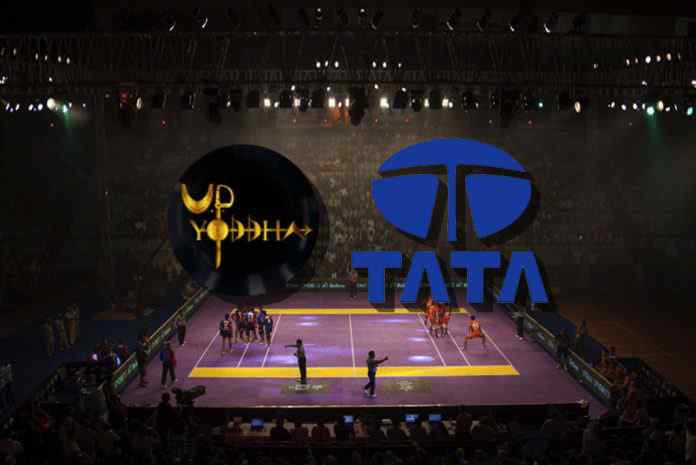 Its all in the name when automobile giants Tata Motors announces their new pick-up vehicle Tata Yodha as the official sponsor of the new Pro Kabaddi League fanchisee Uttar Pradesh (UP) Yoddha for the fifth season of the tournament, starting July 28.

Tata Yodha is named the official sponsor of the team during the official team jersey launch by state Sports Minister Chetan Chauhan on Tuesday.

Speaking on the occasion, the team’s Head of Operations Col. Vinod Bisht said: “It has been a really enjoyable experience building up towards what will be the inaugural season for us. The training camps have really helped foster strong team spirit in the squad.”

“We could not have asked for a better build-up than what we have had. The UP Yoddha squad already has a number of stars who have set the stage on fire in the Vivo PKL.”

Excited at being a part of the PKL, R.T. Wasan, Head – Sales & Marketing – Commercial Vehicles, Tata Motors, said: “Kabaddi as a sport resonates with the strength and endurance similar to the attributes of Tata Yodha pickup and our association with the UP Yoddha team is the perfect fit, since both relate to dynamism, being reliable, robust, and rugged with the potential, zeal and passion to overcome all obstacles and succeed at the highest level.”

“We are truly delighted to partner with UP Yoddha and wish the team the very best for the fifth edition of Vivo Pro-Kabaddi League.”

PKL, with 12 teams and 130 matches over 13 weeks has emerged as the biggest sporting league in the country. Gujarat, Haryana, Tamil Nadu and Uttar Pradesh are the new editions, making their debut from Season V.