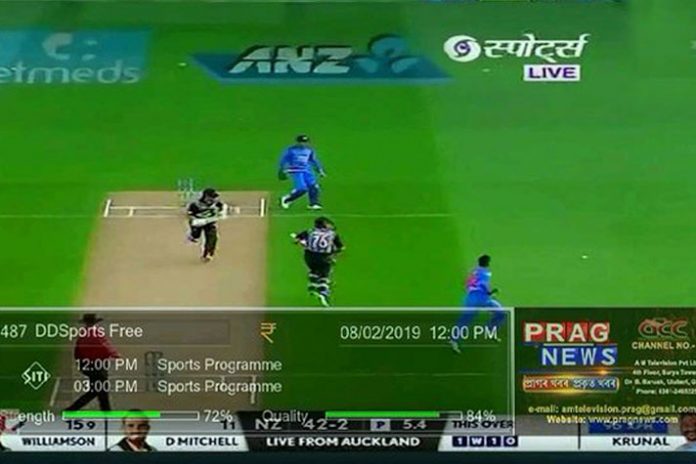 Two separate public interest litigations have been filed against restricting the shared feed of the “sports events of national interest” to only the terrestrial and DD Free Dish platforms. The matters in the Delhi and Punjab & Haryana High Courts will come up for hearing towards the last week of July.

The petitioner had filed the cases before the start of the ICC World Cup 2019. However, before the matters come up for the first hearing, the World Cup 2019 in England and Wales will be over. The final is slated for July 14.

The petitioners have sought directions to also make the shared feed of the “sports events of national interest” available on Prasar Bharti’s sports channels available on private cable and other DTH platforms.

The Supreme Court of India in 2017 had restricted the transmission of such events, like live broadcast of cricket matches involving Team India, to only the terrestrial and DD Free Dish platforms even as it is mandatory to the media rights holders to share the feed of these events with the national broadcaster.

high courts of Delhi and Punjab & Haryana are set to hear two separate petitions over the validity of a rule which, while making it compulsory for media rights holders of sporting events with “national importance” to share live feeds with the public broadcaster, restricts it to only the terrestrial and DD Free Dish platforms.

The petitions argue that restricting the live telecast to the terrestrial and DTH networks of Prasar Bharati defeated the purpose of Section 3 (1) of the Sports Broadcasting Signals (mandatory sharing with Prasar Bharati) Act. The petitioners, Vaibhav Jain in the Delhi and Ramesh Kumar in the Punjab & Haryana High Courts, have filed the PILs just ahead of the ICC Cricket World Cup, seeking direction on allowing Prasar Bharati to live telecast the matches on its channels available on private cable and DTH platforms.

Business daily Economic Times, quoting a legal expert, has reported that an interim relief to the petitioners is highly unlikely in light of the Supreme Court judgement. Since these are public interest litigations, they could spend some time to look for merits.

Only 30 million of the 180 million homes with Television sets in India access the public broadcaster’s DTH or terrestrial services.