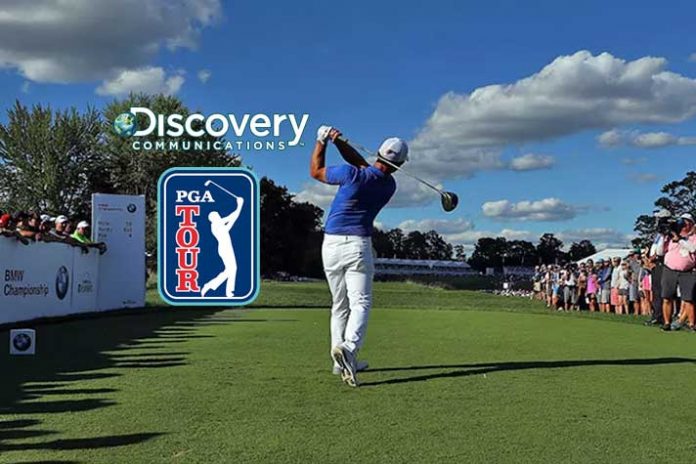 PGA Tour and US-based media giant Discovery Inc. have announced the launch of GolfTV, a first-of-its-kind live and on-demand international video streaming service, as part of $2 billon deal signed between the two signed in June this year.

The new brand will launch globally outside the US on January 1, 2019, originally operating in Australia, Canada, Italy, Japan, the Netherlands, Portugal, Russia and Spain. PGA Tour coverage will then become available in other territories via GolfTV in keeping with the market-by-market rights activation date.

Discovery says GolfTV will supersede the existing PGA Tour Live offering and serve as a ‘one-stop destination’ for a wide range of golf content featuring the circuit’s top players and tournaments. Available on every screen and device, the over-the-top (OTT) platform will be equipped with more than 2,000 hours of live action each year, which will be supplemented with an extensive on-demand content offering.

The live coverage will include all six golf tours operating under the PGA Tour umbrella and nearly 150 tournaments annually, including the flagship Players Championship, the FedEx Cup Playoffs and the Presidents Cup.

After its initial launch next year, GolfTV will become available in Poland and South Korea in 2020; Belgium, China, Germany and South Africa in 2021; Denmark, Finland, India, Norway, Sweden and the UK in 2022; and France in 2024.

Alex Kaplan, president and general manager of Discovery Golf, said, “Our long-term goal is to create a must-have experience that truly enhances the way global fans watch, play and engage with the game every day.”

“Building on Discovery’s heritage of real-life storytelling and direct-to-consumer platform experience, we’ve already established a world-class GolfTV team. With work well underway, our carefully considered plans will allow us to continually enhance GOLFTV as we roll-out and further develop the product.”

The 12-year agreement between Discovery and PGA Tour includes TV and online rights to the U.S.-based men’s golf circuit covering more than 140 tournaments a year, including about 40 PGA Tour events. The deal also envisaged the development of a new Golf streaming platform touted as the ‘Netflix of Golf.’

The deal, which ends in 2030, will see the two parties continue to work together on a ‘robust’ distribution and broadcast partner strategy for the rights portfolio which will optimise the PGA Tour’s reach across free-to-air, pay-TV and digital.