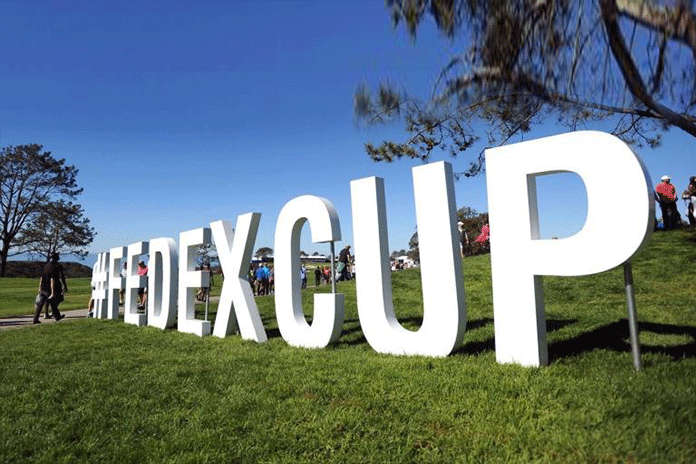 The PGA Tour, along with a series of structural revamps, has announced a $25 million increase to take the total FedEx Cup prize money to $60 million.

PGA Tour, organisers of professional golf tours in the US and North America, have announced a major structural revamp of the post-season FedEx Cup including the increase of the prize money to $60 million, rewards for regular-season performance and a simplified scoring system.

The announcement came from PGA Tour Commissioner Jay Monahan who believes that the innovations will elevate the entire FedExCup season – from the Regular Season through the FedExCup Playoffs and ultimately, at the Playoffs Finale, the PGA Tour Championship.

These changes include a simplified scoring system at the TOUR Championship that will determine the FedExCup Champion and a new $10 million programme for the FedExCup Regular Season sponsored by Wyndham Rewards: the “Wyndham Rewards Top 10.”

The FedExCup Playoffs – which have been reduced from four to three events beginning next season and will conclude before Labor Day, allowing PGA Tour to compete to own the August sports calendar – will feature fields of 125 for THE NORTHERN TRUST, 70 for the BMW Championship and 30 for the Tour Championship, where the FedExCup Champion will be determined.

While the points structure for the first two events will remain the same (awarding quadruple points compared to FedExCup Regular Season events), there will be a significant change to the format for the Tour Championship.

Instead of a points reset at East Lake Golf Club in Atlanta, beginning with the 2018-19 event PGA Tour will institute a strokes-based bonus system related to the FedExCup standings through the BMW Championship. The FedExCup points leader after the first two Playoffs events will begin the TOUR Championship at 10-under par.

The next four players will start at 8-under through 5-under, respectively. The next five will begin at 4-under, regressing by one stroke per five players until those ranked Nos. 26-30 start at even par. The player with the lowest total score will be the FedExCup Champion and be credited with an official victory in the TOUR Championship competition.

Meanwhile, the new $10 million Wyndham Rewards Top 10 not only will add drama to the Wyndham Championship as the final event before the FedExCup Playoffs but will also put an even greater premium on excelling over the course of the FedExCup Regular Season, states the official release form PGA Tour.

The top-10 Regular Season finishers in FedExCup points through the Wyndham Championship – also sponsored by Wyndham Rewards – will reap the benefits of the Wyndham Rewards Top 10. The leader will earn $2 million, followed by $1.5 million for the runner-up with the 10th-place finisher earning $500,000. Additionally, each player in the top 10 will be invited into Wyndham Rewards at its most exclusive Diamond level, unlocking all the travel perks and unique Wyndham benefits that go along with it.

And while the Wyndham Rewards Top 10 will be recognized at the conclusion of the Wyndham Championship, the impact of the program will be felt throughout the season; a player’s performance every week becomes more critical than ever before, elevating the significance of each tournament on the schedule and producing drama for PGA TOUR fans at every turn.

In addition to the $10 million Wyndham Rewards Top 10, the existing FedExCup bonus pool will increase by $25 million to $60 million. The FedExCup Champion will receive $15 million as against the $10 million prize from previous years.