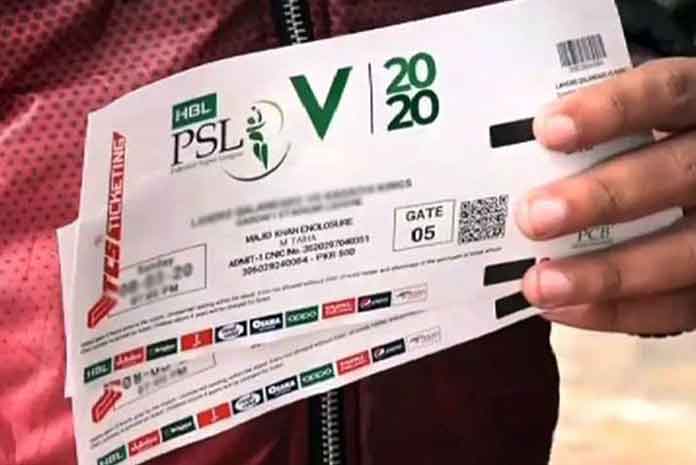 Pakistan Cricket Board (PCB) on Saturday announced that the tickets refund process of the Pakistan Super League (PSL) games which were abandoned due to rain, played behind closed doors or rescheduled due to coronavirus pandemic will commence on July 13.

The refund process will be carried out in two phases.

During the first phase, which runs from July 13 to August 5, the tickets of the five group matches, held behind closed doors following the coronavirus outbreak along with the February 29th washed-out contest in Rawalpindi will be returned.

The second phase will run from August 6 to August 29 during which the tickets of the qualifier, two eliminators, and the final will be repaid.

“It has taken some time for us to initiate the tickets refund process, but I hope fans will understand that we had to cover all our bases due to the ongoing Covid-19 situation in the country. I request all ticket holders to ensure that they follow the government SOPs and maintain social distancing,” said PSL Project Executive Shoaib Naveed in an official statement.

“The PCB, along with all franchises, remains committed to reschedule the four matches of the HBL PSL 2020 which couldn’t take place and is eager to complete the edition,” he added.

In March, the PCB had postponed the PSL and said that the remaining knockout stages matches and the final will be rescheduled.

The decision came hours before the commencement of the first semi-final between Multan Sultans and Peshawar Zalmi.