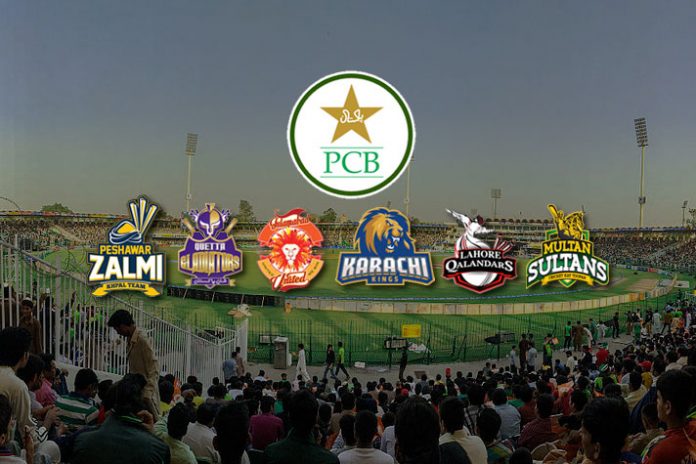 The Pakistan Cricket Board is gearing up to launch a ten-over-a-side cricket league later this year. All the Pakistan Super League franchisees have reportedly agreed to back the proposed T10 tournament, which may be staged in Pakistan in the month of December.

Pakistan’s The News has reported quoting well-informed sources that all six franchise owners had agreed to back PCB’s plans for the proposed T10 league in Pakistan.“It’s a great idea and all of us are backing it because a full edition of a T10 league in Pakistan will be a big leap forward towards the return of international cricket to our country,” one of the PSL franchise owners is reported as telling The News.

The franchisees and the PCB chairman Najam Sethi have reportedly had met at the Inter Continental in Dubai Festival City. The meeting was attended by the representatives of Peshawar Zalmi, Quetta Gladiators, Islamabad United, Karachi Kings, Lahore Qalandars and Multan Sultans. The proposed T10 League was reportedly one of the main items on the agenda for the meeting.

“The suggestion of a T10 league was given by the PCB and was discussed among the franchise owners, before they all agreed on it,” Pak media has quoted sources as saying. “The same teams will be participating in the new league but a separate draft will be held for this format. The league will be held in December.”

The PCB is also seeing this new league as a precursor to bring the Pakistan Super League home.