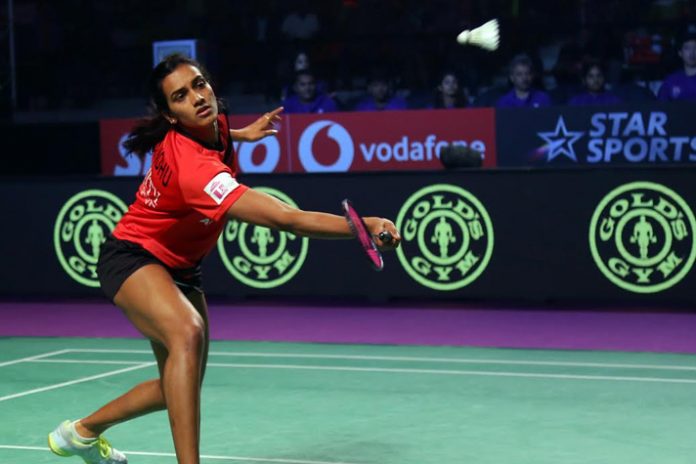 The Premier Badminton League Season 5 will start on January 20. Hosts Chennai Superstarz will run into PV Sindhu-led Hyderabad Hunters in the season opener.

The league, conceptualised and launched in 2013 by Sporty Solutionz Private Limited across six cities, returns to Chennai after two years. The league this year will be played across four cities, with first leg slated in the Tamil Nadu Capital across five days.

“With major chunk of the matches being played in south of India in the fifth edition of PBL, we are really looking forward to great crowd turnout and huge support as badminton is a very popular sport in this part of the country,” said Prasad Mangipudi, Executive Director, SportzLive.

The second leg, scheduled in Lucknow from January 25, will be followed by seven days of badminton extravaganza in Hyderabad while the semi-finals and the grand finale will be staged in Bangalore.

The organisers had earlier planned to also stage the league in Delhi. However, in the absence of a team from the national Capital, the idea was dropped.

The 21-day event will witness 24 ties, including three double headers, all of which are to take place in Hyderabad. One of the double headers is scheduled on the weekend on February 1 between Pune 7 Aces and North East Warriors and Awadhe Warriors veruse Chennai Superstarz.

“With badminton being a sport whose biggest events are primarily played abroad, PBL gives Indian badminton lovers a unique opportunity to see their favourite stars perform live in front of them. In an Olympic year, this season of PBL will definitely be a bit more special not just for the players but for the fans as well,” said Atul Pande, Managing Director, SportzLive.

Traditionally, ace athletes worldwide chose to give professional or events of lesser significance a bye during the Olympic years. Specially, in badminton focus remains on garnering valuable Badminton World Federation points to fetch higher rankings and qualify for the quadrennial Games. Saina Nehwal has decided to skip the PBL this year. The 2012 London Olympics bronze medallist had also opted out of the PBL 2020 Auction.

Ace Indian shuttler Kidambi Srikkanth has also opted out of the league to focus on the international competitions. In his absence, eyes will be on the likes of rising start Lakshay Sen and B Sai Praneeth.

The PBL Season 5 will be telecast Live on Star Sports and streamed live on Hotstar.