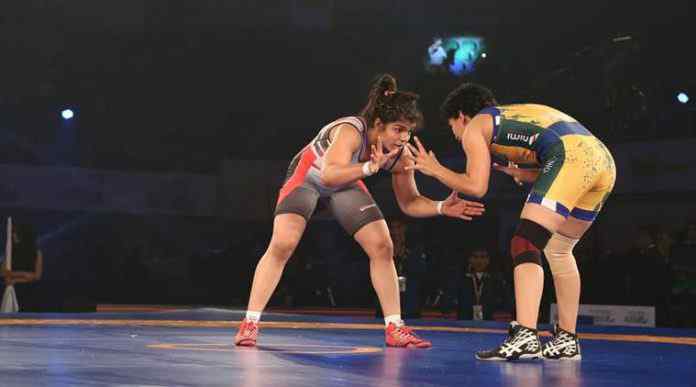 Pro Wrestling League (PWL) has done to something that Premier Badminton League (PBL) could not – score at the television ratings.

According to Broadcast Audience Research Council (BARC), for the first week of 2017, PBL viewership was clearly ahead of PBL. This was the first week for both the leagues.

According to a report in The Economic Times, viewership data of BARC as shared by Pro Sportify, the company which runs PWL, the second edition of the league clocked a rating of 0.44 per cent. In comparison, PBL managed a measly 0.05 per cent rating for comparable classification of viewers.

While Star Sport broadcast the PBL live, PWL is being telecast on Sony’s network.

Vishal Gurnani, Director Pro Sportify, claimed that in the Hindi speaking markets the television ratings of PWL was comparable to Pro Kabaddi League (PKL) and comfortably ahead of PBL.

Both wrestling and badminton had got a big boost last year when India had won a medal each in the two sports during the Rio Olympics.

Bollywood movie, Dangal, released last year on the lives of Phogat sisters and based on the theme of wrestling has become the highest ever grosser in India.