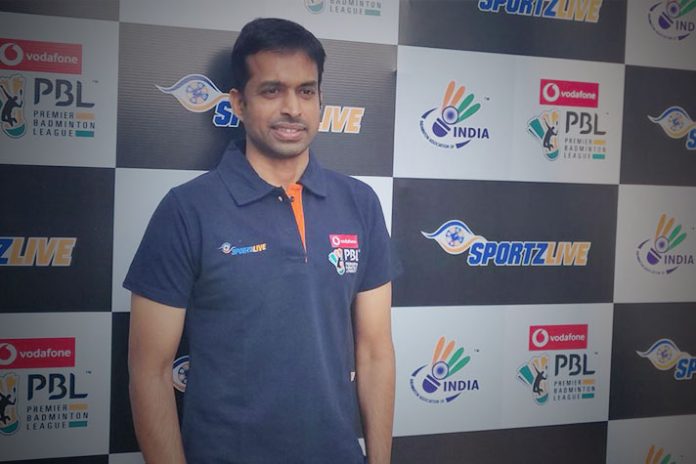 The Premier Badminton League, the professional badminton league of the Badminton Association of India, has emerged as the game changer for global badminton.

The league in its five years, having been first launched as the Indian Badminton League in 2013, besides creating an eco-system for the sport itself, has also contributed immensely towards financial security to the top international badminton stars. It has made badminton an aspirational sport for the young talent.

One has seen the struggle to launch the league from the closest possible quarters (the author was with the core team that had launched BAI’s league in 2013), when it was a huge task  to earn the faith of all stake holders for a commercial venture that offered unprecedented salary contracts and prize money for playing for a little over three weeks. In spite of an impressive and assuring financial model, all stakeholders – franchisees, international players, national badminton associations, the sponsors – had unfounded apprehensions about the success of the commercial venture that was beyond the imagination of the fraternity.

Some “leagues” did exist the world over, but there was nothing to match the grandeur and moneys the Indian league offered. An integral part of the league and a governing council member in the year of launch, Indian badminton team chief national coach P Gopichand had to convince the players and administrators from other nations about the promise the league held. Today, the same people come back to him and hold the league in high esteem.

People who doubted the PBL model in the formative year, now question what lacks in the World Badminton Federation to emulate its commercial strengths in the better interest of the game. The PBL in five years has set new bench marks for broadcast, sponsorship and the intense competition.

The league that had started as a six-team competition, five years down the line has nine teams in action today.

P Gopi Chand in a candid talk with InSideSport shared his experiences and thoughts on the five years of the PBL, its growth and contribution to the sport. Here are the excerpts:

InsideSport: How the Premier Badminton League has contributed to the overall growth of players?

P Gopichand: The league’s overall contribution to players growth may be defined at three different levels. Let’s take the monetary benefits first. The players have earned a good amount of money. This can be rated as very good for the top players, who are participating in the league.

The second factor is that the pool of players who are participating in the league has widened. This allows the talent to interact with the top international players. This  exposure is a big positive from the league.

The other benefit is at the grass roots level. The promising talent is getting to watch the top players in action in different Indian cities. It is the most exciting factor for the growth of young talent. This year we also have league games in Ahmedabad. This is the first time that the badminton lovers in Ahmedabad or Gujarat will actually get to see even a Saina (Nehwal) or (PV) Sindhu, who are India’s top players, in live in action. They also get to see top badminton icons like (Carolina) Marin and Victor (Alexon).

Delhi would get some top level international badminton action. But for the rest of India, the PBL is inspiring a whole generation of players by taking world class action to a host of Indian cities. That kind of widening of the connect is very good for the sport and the sportspersons.

InsideSport: How did PBL help the Indian badminton in particular?

P Gopichand: We have seen the growth of players like (Kidambi) Srikanth, Ashwini (Ponappa), Sikki Reddy, HS Prannoy. The confidence they take out of the league is rubbed on to the other side in terms of growth. Not just the juniors, I will say even the existing top players have benefited immensely from the PBL. The league has contributed to the entire eco-system of badminton – coaches, infrastructure. The infrastructure in States which host the PBL games is upgraded for the league and that is used by local talent for the rest of the year.

InsideSport: What is PBL’s contribution to the global badminton?

P Gopichand: The players have immensely benefited monetarily. The money which the league offers is huge for badminton. Most of the players have earned more by playing in the league than their overall all career prize money. From the global badminton perspective, the league is very lucrative. May be not for Saina and Sindhu, but for the overseas stars the money earned from the PBL is considerably high in comparison to their earnings from the BWF events.

I believe that the world badminton sponsorship standards need to be sorted out sooner or later and PBL’s contribution is going to be there. The league has also helped players grow in talent as this is one platform that helps top international players come together in a team, share their experiences and grow as a team with players from different nationalities.

InsideSport: How has the PBL itself grown over the years.

P Gopichand: The growth may not only be seen in terms of specific numbers. Overall, the sport of badminton in general has grown in leaps and bounds. The infrastructure, the kids playing badminton and the senior players have all grown with the PBL. The entire eco system for badminton has multiplied manifold in the past few years. There is a definite contribution from the league and then the players have also benefited in term of their performance. In general the environment towards sports in the country I thinks has been very positive.

It will be difficult to dwell in specific numbers, but if you see the overall scenario the league has benefited in a big way. It is an overall growth for the PBL with the players, the franchisees and other  stake holders in tandem.

InsideSport: How has the PBL contributed to the commercial growth of the sports?

P Gopichand: It is an exciting format. When you go abroad people are talking about how they want to go ahead with competitions in similar format. This is a big plus when genuine sport lovers have talked about the PBL as a bench mark for the BWF events and asked why can’t they (the BWF) do it like this to make the sport more exciting. The second thing is that the format, the matches which involve the teams and the excitement and commentary, broadcast make it a great package for the sports, which lacked it all in spite of its global presence. It brings in a whole new perspective to badminton.

P Gopichand has been an integral part of BAI’s professional league’s journey from the germination of an idea to its launch as the Indian Badminton League in 2013. There will be few other names who have been associated with the league more closely and actively than this icon of global badminton.