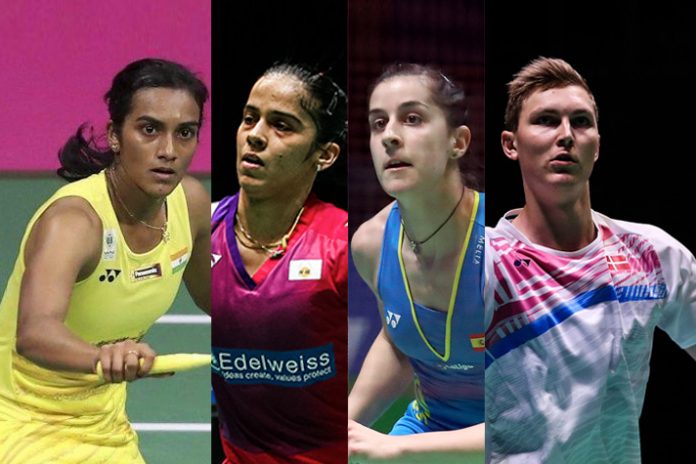 The Premier Badminton League has become to badminton what the Indian Premier League is to cricket. The financial gap between the two premier commercial IPs of Indian sports is yawning. But for their respective sports, both the premier leagues are the richest commercial competitions across the globe – offering their respective player higher salary contracts from the franchisees than what they earn by playing through the year on the Badminton World Federation circuit.

Just like the cricketers across the world target cash-rich IPL contracts, badminton stars who face no certain hurdle do not skip the PBL.

Amidst the packed Badminton World Federation calendar, which makes it mandatory for the top-ranked players to play at least 13 international events – at an average at least one every month, the players keep the PBL as the 14th as mandatory on their personal calendar. Those who can afford to make themselves available for the PBL would do not give a miss to the cash rich league.

The money and financial security are the clinchers. The opportunity to share the dugout contributes to the competitive growth of young players.

The league operates like an industry or a commercial unit which opens monetary avenues not just for the direct stake holders, but also to other associates. Broadcast across more than a hundred territories brings international mileage to sponsors.

The league makes the sport aspirational as a career option during playing days and beyond.

If Premier Badminton League has made India an annual destination for some of the leading international stars, games’ economy is playing a big role in that. Majority of the others miss the league not out of choice, but for the reasons like not getting a nod from their national federations.

So huge are the financial implications that but for PV Sindhu and Carolina Marin, every single player picked in the Season 4 draft has secured franchisee contracts for higher values than their aggregate prize money on the 2018 BWF Tour. It is a minimum of 13 tournaments in the year versus up to a maximum of eight games across three weeks.

Among the PBL icons, Sindhu and Marin both are contracted by their respective franchisees in the highest salary bracket of ₹ 80 lakh ($108,000). Sindhu’s annual prize revenue for the World Tour Finals title and overall six appearances in the major finals is $189,000, while Marin’s annual prize money purse is $138,000.

For others, PBL has been the major source of their earnings for playing badminton. 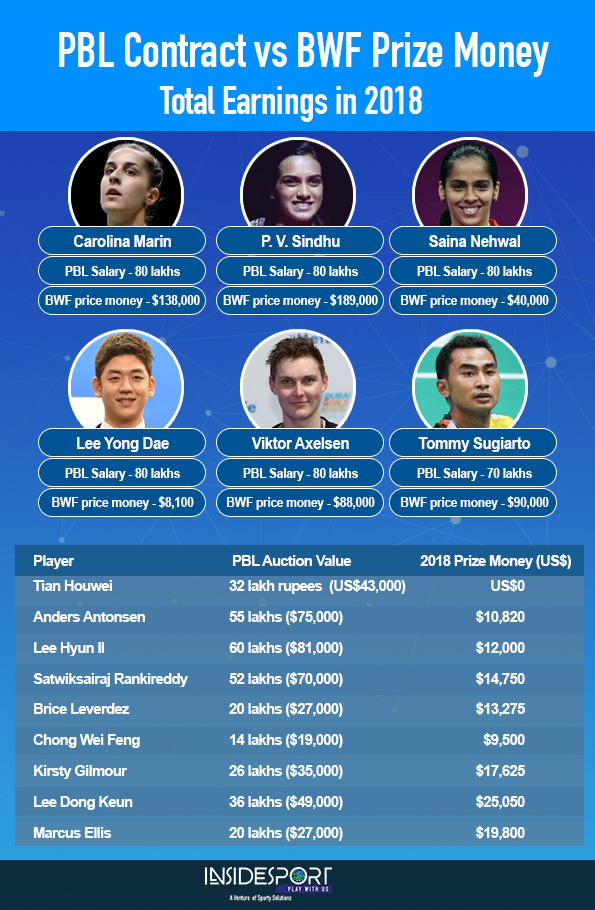 The almost invincible women’s singles player now, Tai Tzu-Ying was an unheralded, little known teen when the league was launched in 2013 as the Indian Badminton League. So was Marin. The exposure to the league has also contributed immensely to the growth of an entire generation of badminton players – in India and abroad alike.

In the past year, India has emerged as a power to reckon with and the undisputed Chinese domination has been dispensed off by an intense competition on the BWF circuit.