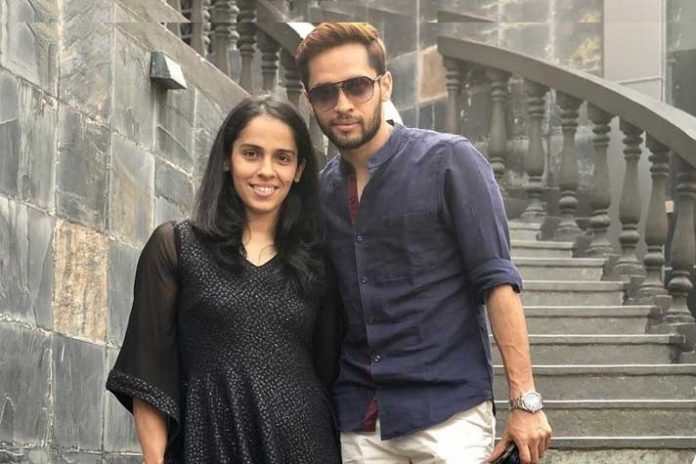 The courtship has started on a badminton court, even as the wedding bells ring for Indian badminton’s first couple they will have to pack-up the honeymoon plans for now and start  packing-up for their professional duties on the badminton court – Premier Badminton League assignment for their respective teams.

The PBL 2019 will be sort of a (not to be) honeymoon tour for India’s badminton queen Saina Nehwal and her love for close to a decade P Kashyap. The duo ties the nuptial knot on Sunday, December 16, and they are in Mumbai for the Premier League opening ceremony over the next weekend.

The duo occasionally meets and often stays separated for the call of duty for their respective franchisees. Saina is the icon player for the North East Warriors and Kashyap is representing Chennai Smashers. So cruel is the destiny of the draw that the two teams do not face each other during the league phase. This could have allowed the newly-weds some time together off the court.

That is the fun and price of being a professional sportsperson. The passion for badminton that brought the couple passionately closer at the Pullela Gopichand Badminton Academy in Hyderabad will be keeping them together seldom and away from each other often for their PBL duties.

There is no immediate honeymoon vacation for these love-birds. The weeks ahead are hectic – first for the wedding preparations and then to gear up for the most prestigious professional badminton competition in world badminton, that has taken the badminton world by storm in its inaugural year as the Indian Badminton League 2013.

Both very private persons, Saina and Kashyap go for a “court marriage” on Friday, December 14. The vaidik rituals at bride’s place start the next day with only the close family members around. The 16th evening will be a grand public reception in Hyderabad.

Shortly thereafter, the duo will be out for the IPL action where schedule keeps them away from each other more than bringing them together. After the opening in Mumbai on the  22nd, Saina plays there for the NEW the next day against Ahmedabad Smash Masters, while Kashyap’s Chennai Smashers head for Hyderabad for their season opener against the home team Hyderabad Hunters on December 25. NEW’s Hyderabad leg game is scheduled two days later.

The duo unite in Pune next where their respective matches are separated by a day – NEW on 29th and Chennai the next day. Will they get a new year’s eve together! Highly likely. Chennai Smashers have their next match on the 3rd of January against Pune 7 Aces at Ahmedabad and NEW play Bengaluru Raptors at the same venue two days later. The last lag on the league round in Bengaluru will have Chennai and NSW have their matches on January 7 and 9 respectively.

The fingers will remain crossed for the knockout stage semi-finals and the final.